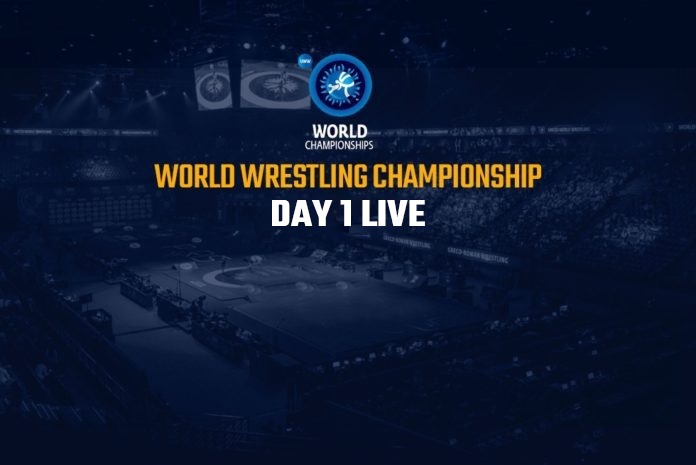 World Wrestling Championship 2021 – Day 1 Indians in action: The World Wrestling Championship in Oslo is just few days away & the scheduled for the mega-event is out. On the Day 1 of the competition 61, 74, 86 & 125Kg weight category competitions will be played with 3 Olympic gold medalists and 11 world titleholders headline the fully loaded opening day of wrestling in Oslo, Norway. World Wrestling Superstars David TAYLOR (USA) and Hasan YAZDANI (IRI), and Geno PETRIASHVILI (GEO) and Taha AKGUL (TUR) could see their rivalries renewed after the first day of wrestling at the 2021 World Championships.

World Wrestling Championship 2021 – Day 1 Indians in action: Ravinder in 61Kg, first timer Yash in 74 Kg, Sandeep Singh Mann in 86Kg & Anirudh Kumar’s in 125Kg will be seen in action on the opening day from the India side.

The proven performers such as Bajrang Punia, Ravi Dahiya, Vinesh Phogat and Deepak Punia are all missing from the squad either due to injury issues or lack of preparation.

World Wrestling Championships: In their absence, it is a tremendous chance for youngsters like Ravinder Dahiya (61kg), Rohit (65kg), Yash Tushir (74kg), Pruthviraj Basaheb Patil (92kg) and Anirudh Gulia (125kg) to get first hand experience of senior-level World Championship after making a mark at the junior worlds.

But, the expectations will be high on Anshu Malik (57kg), who is the only wrestler at the prestigious tournament from among those who competed at the Tokyo Olympics.

She looked a bit rusty during the trials but the hard worker she is, the Nidani girl is expected to do well.

The opening day of action at the ’21 World Championships will feature three Olympic champions and 11 world titleholders. pic.twitter.com/fLNvZ4cAuc