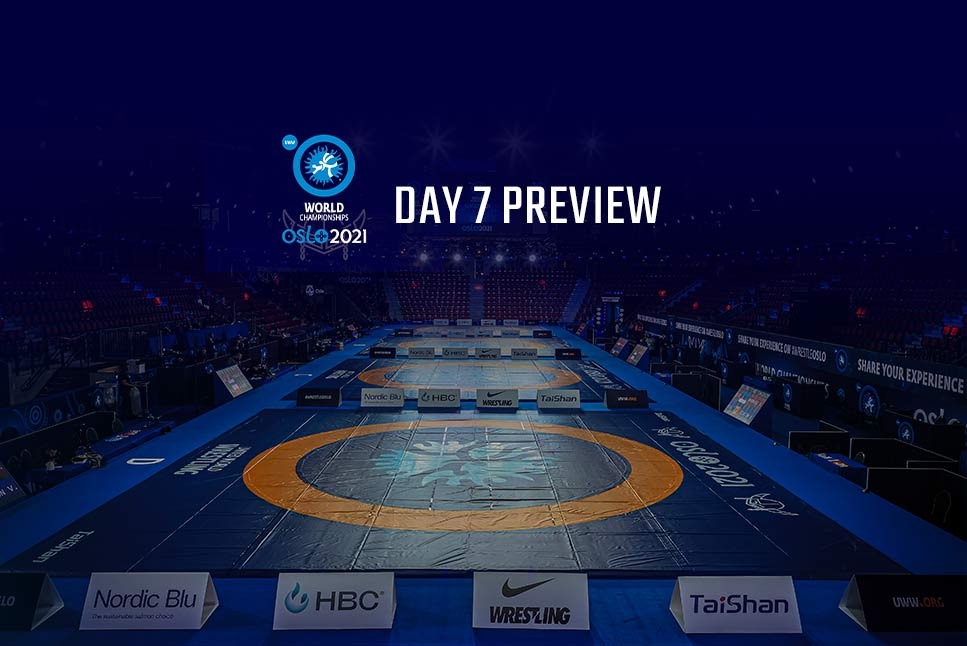 World Wrestling Championship Day 7 Preview: Musa EVLOEV (RWF) is still receiving gifts and awards for becoming the Olympic champion in Tokyo. But the felicitations are coming to an abrupt halt as he prepares to lead the Russian Wrestling Federation’s team at the Oslo World Championships as the defending World and Olympic 97kg Greco-Roman champion.

Cars, house, cash awards and national honor was bestowed upon the Russian Wrestling Federation’s wrestler and now he can expect more if he manages to win the World Championships in Oslo.

World Wrestling Championship Day 7 Preview:  In the last four years, Evloev has established himself as the wrestler-to-beat in the world after he won the World titles in 2018 and 2019, defeating the then world champion Artur ALEKSANYAN (ARM).

Evloev’s rivalry against Aleksanyan has clearly tilted in his favor after he scored more wins over him at the Individual World Cup in 2020 and later in Tokyo. The two met in the final in Tokyo where Evloev won 5-1 to improve the head-to-head record against Aleksanyan to 4-1.

If he can continue his dominating run in Oslo, Evloev will definitely become a Greco great in the world. His last loss at an international competition came back at the 2018 senior European Championships in which he finished 18th. Since then, he has been unbeaten winning gold at 13 international tournaments including the Olympics.

But unexpected challenge can come from Tokyo Olympic bronze medalist Mohammadhai SARAVI (IRI). The two were on the opposite side of the bracket in Tokyo and Saravi lost to Aleksanyan in the semifinal 4-1 after a leg foul and then challenging the referee’s call. He is making his senior World Championships debut in Oslo and the former junior world champion can challenge Evloev in his quest for his third world gold.

Saravi’s non-stop wrestling will test Evloev’s stamina on the mat while the Iranian will have to up his defence if he wants to upset the Olympic champion.

World Wrestling Championship Day 7 Preview: But at 97kg, the two will have to first navigate through Kiril MILOV (BUL) who was also at the Tokyo Olympics but lost to Saravi in the quarterfinals. Artur OMAROV (CZE) and Alex SZOKE (HUN) were also in Tokyo and the latter defeated Omarov in the opening round before losing to Evloev. The Hungarian did reach the bronze medal bout but lost 0-10.