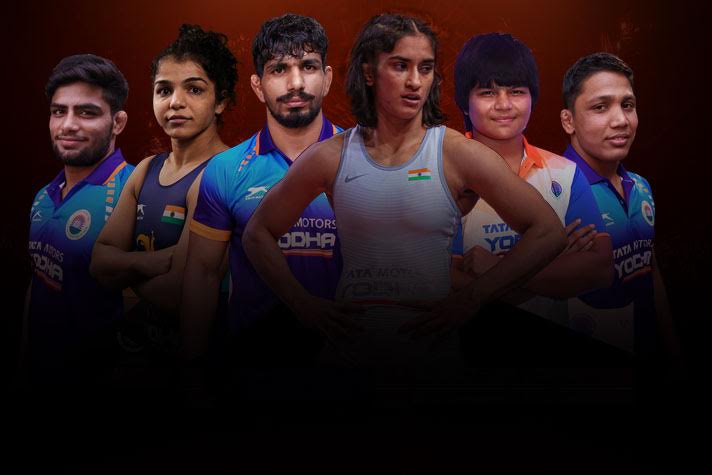 The Wrestling Association of Punjab is organising the Senior National Wrestling Championships 2019 in Jalandhar, Punjab, from November 29 to December 1, under the aegis of the Wrestling Federation of India.

Over 500 wrestlers, including a majority of Indian wrestling icons, will be vying for top honours in the men’s freestyle, Greco Roman and women’s events.

A new chapter will be added to the glorious history of Indian wrestling, as in a first the Senior Wrestling Championships will be streamed LIVE in the country and the Indian sub-continent.

WrestlingTV, India’s only dedicated digital network for news, reviews, interviews, videos and live streaming for the sport of wrestling, will stream LIVE all the major bouts from the Senior National Wrestling Championships 2019.

The Wrestling Federation of India president Brij Bhushan Sharan Singh is upbeat about this new beginning. “This is yet another initiative to popularise the sport across all walks of alive. LIVE streaming of national championship will bring the best domestic wrestling action to the fans and wrestling fraternity. It will inspire the wrestlers to put in their best as the whole nation will be watching them. It will help the next generation of Indian wrestlers understand how the sport is played at the top,” said the WFI president. “I appreciate this gesture and commitment of our commercial partners Sporty Solutionz, who have ensured the LIVE streaming of the event”.

The bouts will be contested in the following categories in the men’s freestyle, Greco Roman and women’s competiton:

“As commercial partners of the Wrestling Federation of India, Sporty Solutionz’s commitment goes beyond just the commercial growth of India wrestling. We take the onus upon us to contribute to the entire wrestling eco system in the country. The aim is to ensure that the last fan on the pedestal and the last wrestler on the mat or in a village akhara playing kushti has access to the best of Indian wrestling. The LIVE broadcast of a major event while motivating the participants, also helps build the community and strengthen the fan base that is paramount for the commercial success of a sport,” said Ashish Chadha, Chief Executive, Sporty Solutionz.

In its bid to keep the Indian wrestlers connected with their millions of wrestling fans in the country, www.wretlingtv.in has been steaming all the international events LIVE in the country. The just-concluded Under-15 Asian Wrestling Championships, held in Taichung, Chinese Taipei, and over the last weekend and the UWW Women’s World Cup have been watched by more than 18 million fans across the world on WrestlingTV’s different digital platforms, including its YouTube channel – WrestlingTV.

Keep tracking www.wrestlingtv.in for other updates and details of the Senior National Wrestling Championsip.