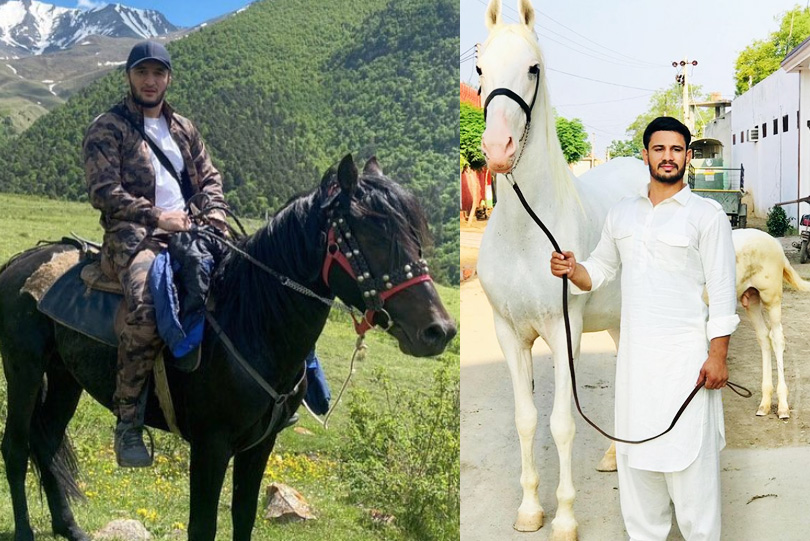 Welcome back to the Social Room of WrestlingTV.in, the only place to catch all the inside stories in the world of wrestling. Social Room is a special series that enables you to have a peek in the lives of the wrestler outside the mat.

You must have seen many wrestlers who are proud owners of dogs. But there are some champion wrestlers who have opted for horses as their companion. One of them is India’, Harpreet Singh. The Greco-Roman wrestler has many white horses. He says that keeping horses has been going on for ages in his family and they are part of the family.

Also Read: Tokyo Olympics: Nirmala Devi continues to dream big at 36, defines why age is just number for her

Here are 5 wrestlers who love horses

Magomedrasul Gazimagomedov – The Russian freestyle wrestler is the two-time world champion and once European Game gold medallist. When not wrestling, he spends time with family and riding horse in the Caucasus mountains.

Harpreet Singh – Harpreet Singh The Greco-Roman wrestler has many white horses. He says that keeping horses has been going on for ages in his family and they are part of the family.

Sadulaev Abdulrashid – Everybody knows Sadulaev for his wrestling prowess. But little did anyone know that the most followed wrestler worldwide has a soft corner for the equine breed. Sadulaev regularly post pictures of him riding a horse with friends in serene valleys of his village.

A post shared by Sadulaev Abdulrashid (@sadulaev_abdulrashid) on Jun 5, 2020 at 1:26pm PDT

Rashidov Gadzhimurad – The wrestler is currently the number one in UWW rankings in 65kg freestyle. Besides, wrestling he even loves horses, and his Instagram post is proof of it.