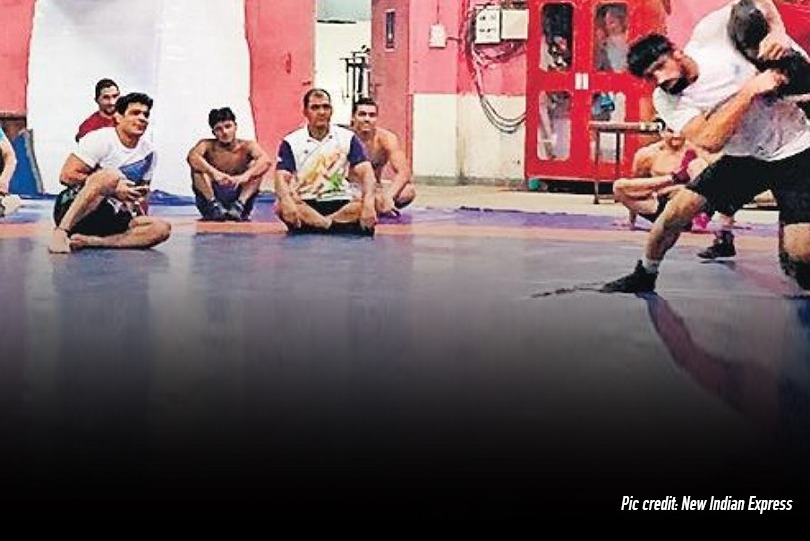 Wrestling News: Chhatrasal stadium’s gym has gone lively as wrestlers including Ravi Dahiya and Sushil Kumar have resumed mat training. There are 15-20 wrestlers who are currently training at India’s biggest wrestling academy. However, the sparring is still not allowed and wrestlers are fine-tuning their mat techniques with dummies.

Sushil Kumar, India’s only wrestler to win Olympic medal twice, says “training is only with dummies as Sports Authority of India in its guidelines has cleared banned sparring,” reported the New Indian Express.

Also Read: “It should be cancelled”, says Olympian Yogeshwar Dutt on self-nomination for Arjun award and Khel Ratna

“We have a new coach, Jaiever (Dahiya) who is a product of the academy itself. Another coach who is helping in coaching is Ashok (Sharma),” the 74kg freestyle former world medallist added.

Tokyo Olympic-bound Ravi Dahiya, who has been at the akhada (wrestling academy) since the lockdown was enforced on March 24 believes that the current training schedule will help him and others back in full fitness soon. “Really excited to be back in practice. Our training is quite intense and in a couple of weeks, we should be back to full fitness. We are practising with dummies right now,” he told the New Indian Express.

While Ravi is amongst the four wrestlers who have secured the Olympic berth, Sushil is still in the hunt for a place in the Indian team. The Tokyo Olympics will be held next year from July 23 to August 9.