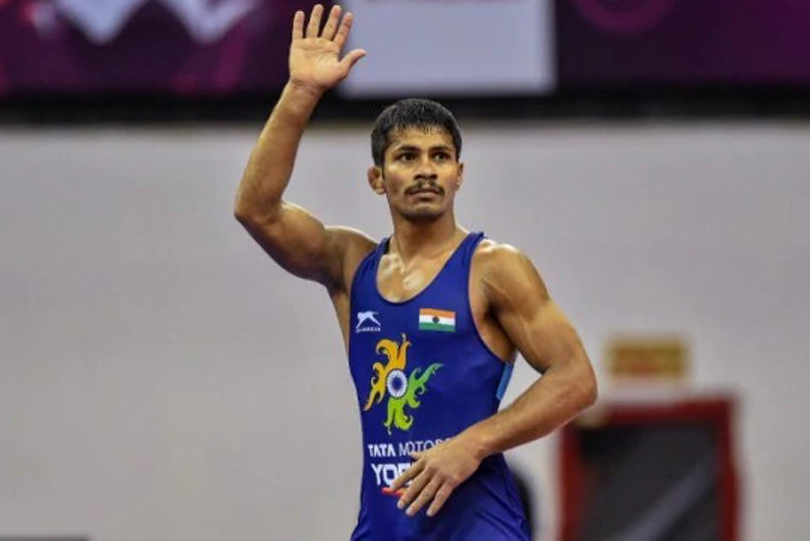 Wrestling News: This week has been quite adventurous in the world of wrestling. The biggest news of the week is Sangeeta-Bajrang Punia planning wedding in December. Another news of the week is IOC and UWW has said it will be unlikely that Iran will get banned for executing wrestler Navid Afkari.

United World Wrestling (UWW) has downplayed the prospect of Iran being banned from wrestling competitions or the Olympic Games following the execution of wrestler Navid Afkari. The 27-year-old, who was given two death sentences for stabbing a security guard and his involvement in demonstrations against the country’s regime in 2018 but claimed he had been coerced into giving a false confession, was executed last week, state media reported.

Sangeeta Phogat and Bajrang Punia have repeatedly expressed their love for each other on social media. One of the recent post by Phogat on Twitter had dropped had left everyone guessing, if the couple is getting married this year or not. Sharing a picture with Bajrang the former national medallist in 59kg wrote, “Mera safar sundar hai lekin mera humsaar usse bhi sundar hai (sic)”. Ending all the speculations, the wrestler has revealed that they are set to tie the knot this November-December. “Mostly everyone in my family got married in winter. We are just waiting for the date to get fixed,” she said. The dates will be out in 10-15 days she added.

Rahul Aware returned to the camp on Thursday after battling from Covid-19. He will stay in quarantine for another two-three days before joining fellow wrestlers for training. “I will get discharged today, and will go straight to the SAI centre. After being in isolation for a few more days, I will return to training”.

Golu, 29, a resident of Nurpur in Kangra district, earned lakhs of rupees in a year through mud wrestling indigenously known as dangal. But in the Corona-era, the wrestler is now struggling to make even half of what he earned previously. And he is not alone. This is the story of many other wrestlers who relied on the dangal earnings to feed the family. They are now forced to take up odd jobs to make a living until things normalcy returns.

The Sports Authority of India (SAI), in accordance with Unlock 4.0 guidelines issued by the Ministry of Home Affairs, has released a Standard Operating Procedure (SOP) for resumption of sporting activities in all its centers.

The upgraded SOP lays emphasis on it being followed at the National Camps at SAI’s various National Centres of Excellence, where Olympic probable athletes are training.

Iran to resume its freestyle wrestling league from October 1

The Iran Wrestling Federation will kick off its freestyle wrestling league from October 1. In a meeting held at the IWF headquarters on Sunday, the dates for the competition was determined. The first round of the event will be held in Tehran. All teams will be required to observe the required health protocols.

There have been mixed reactions over the resumption of the women’s camp which is likely to begin from next month. The Wrestling Federation of India (WFI) is planning to start the camp from October 1 at the Lucknow SAI centre. However, a senior wrestler expressed her apprehension and said the conditions are still not apt to organise any training camp.

Covid-19 effect on wrestling akhadas and its residents

“I want to become like Sushil Kumar,” says 11-year-old Yash, fighting back a giggle while surrounded by a group of young “Pahlawan” in training. The ambition the young boy from a small village of Asoda in Haryana’s Bahadurgarh shares is something many eleven-year-olds dream of. However, the outbreak of the pandemic has left young wrestlers like him struggling for proper diet and training.

Finally, some good news has come the Olympics fan way. Japan will now allow foreign athletes to enter Japan before the Tokyo 2020, in a move the Japanese Government hopes will aid the games preparations. According to a report by Kyodo News, the overseas athletes will be admitted, ostensibly to raise the level of domestic competition for Japan’s top athletes in Olympic sports.