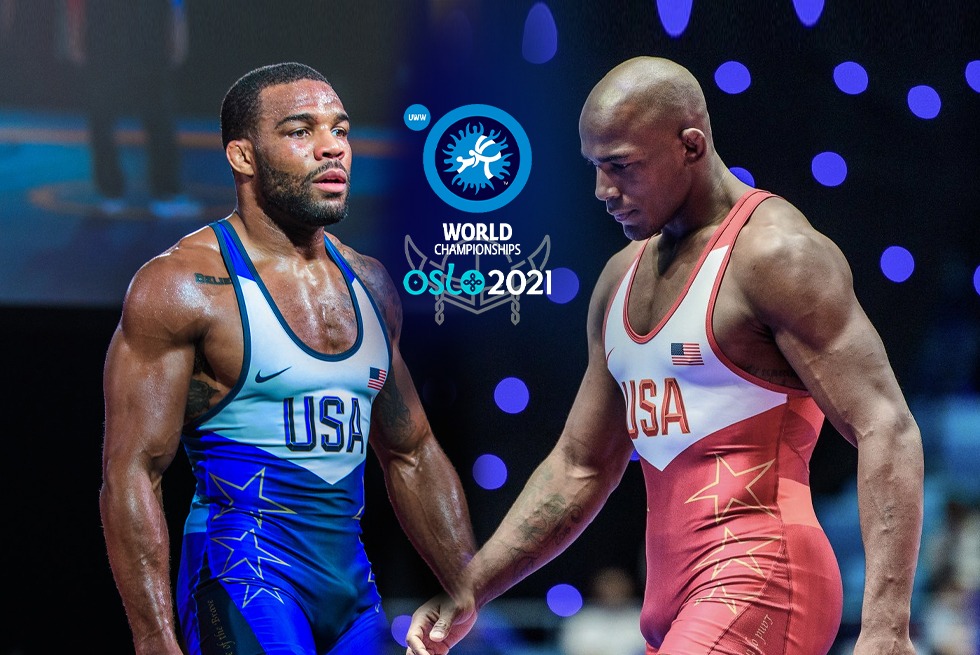 Wrestling World Championship Day 2 Preview: The last time a senior World Championships took place, Jordan BURROUGHS (USA) and J’den COX (USA) were primed to be at the Tokyo Olympics and even win their second medal at the big event. The former is a London Olympic champion while Cox won a bronze at the Rio Games. But both saw their dreams shattered in April earlier this year after losing at the USA Olympic Team Trials.

Six months later, both Burroughs and Cox have shifted their focus to winning the world titles. They’ll take the mat on the second day of the senior World Championships in Oslo, Norway, as four more freestyle weight classes will be in action on October 3.

Wrestling World Championship Day 2 Preview: Burroughs, who has been a permanent fixture at 74kg for close to a decade now, will be wrestling at 79kg for the first time in his career after he won the World Team Trials in the best-of-three series against Alex DIERINGER (USA) last month. Kyle DAKE (USA) has confirmed that he will be wrestling at 74kg in Oslo after he won a bronze medal at the Tokyo Olympics in August.

But at 79kg, Burroughs will face new challenges.

Most of the seasoned campaigners have decided to skip the Oslo event. The USA wrestler will have to deal with former U23 world champion Nika KENTCHADZE (GEO), U23 world runner-up Mohammad NOKHODILARIMI (IRI) and winner of Russian Wrestling Federation trials Radik VALIEV (RWF), who is a two-time U23 European champion.

Burroughs, 33 and with his fourth child on the way, has won four golds and three bronzes at the World Championships apart from winning the 2012 Olympic title all at 74kg. His two bronze medals at the 2018 and 2019 World Championships, followed by missing the Olympics, had raised doubts that the USA wrestler was in the twilight of his illustrious career. But Burroughs said that was not the case

In another non-Olympic weight class, Cox will try to defend his world title at 92kg. He had decided to move up to the 97kg category for the Tokyo Olympics but failed to participate in the trials after missing the weigh-in deadline. Kyle SNYDER (USA) won a silver medal in Tokyo and locked up the 97kg category. Cox will now be challenged in Oslo.

Wrestling World Championship Day 2 Preview: The 26-year-old Cox has never failed to medal at the World or Olympics he has entered and he will be eyeing a hat-trick of gold medals at 92kg. But two-time U23 world and senior Asian champion Kamran GHASEMPOUR (IRI) and Magomed KURBANOV (RWF) are likely to be the biggest threat to his quest.

Since missing the Olympics trials in April, Cox has participated in the Poland Open Ranking Series, where he suffered a surprise loss to Illia ARCHAIA (UKR) 2-1 in the semifinals. He did not wrestle the bronze medal owing to the injury.

But last month it seemed the old Cox was back as he handled Kollin MOORE (USA) in the best of three finals.