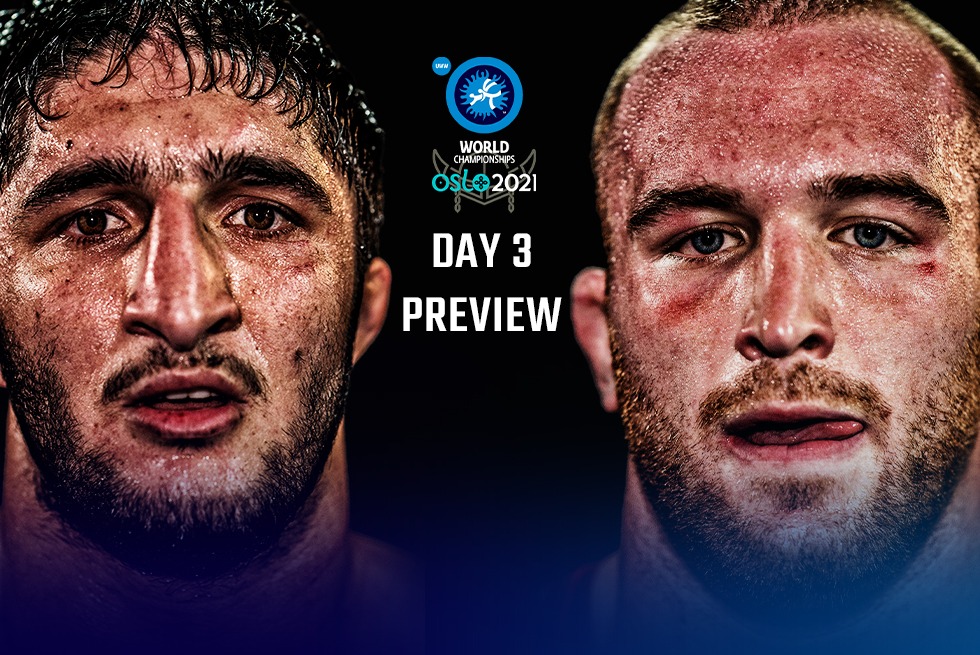 Scoffing at making a switch to rough-and-tumble MMA, he told Sport Yakutia, “I don’t even have such thoughts. I still need a head.”

Sadulaev has been head and shoulders above the competition in the sufficiently demanding and more graceful sport of wrestling since striking Olympic gold for the first time at age 20 at the 2016 Rio Games — save for one lapse in 2017, for which he more than made amends.

Wrestling World Championship Day 3 Preview: The wrestler dubbed “The Russian Tank” will be aiming for a fifth straight world title as the favorite when the freestyle 97kg class gets underway in Oslo on Oct. 4, with another high-profile clash with rival Kyle SNYDER (USA) potentially in the cards.

In other weight classes, Olympic silver medalist Aisuluu TYNYBEKOVA (KGZ) will launch an attempt to repeat her historic triumph from the 2019 worlds at women’s 62kg, while the non-Olympic divisions of freestyle 70kg and women’s 55kg also get underway.

The titanic clashes between Sadulaev and Snyder have been dubbed “Snyderlaev,” and the third edition that played out on the Makuhari Messe mat at the Tokyo Olympics saw the Russian — representing the Russian Wrestling Federation — come away with a 6-3 victory and the gold.

The two, born just six months apart, followed up world titles in 2015 with Olympic golds at Rio 2016 at different weight classes. But Sadulaev then moved up from 86kg to 97kg to create the rivalry for the ages.

In their first meeting, in the final at the 2017 World Championships in Paris, Snyder won a 6-5 thriller. But Sadulaev got his revenge the following year in Budapest, winning the world gold with an unorthodox fall.

Wrestling World Championship Day 3 Preview: A potential third meeting at the 2019 World Championships in Nur-Sultan never came about after Snyder lost in the semifinals to 2012 London Olympic champion Sharif SHARIFOV (AZE), whom Sadulaev then defeated for his fourth world title.

In the final at Tokyo, Sadulaev was hampered by a lingering leg injury and was forced to play a defensive game. But he scored a pair of 2-point counters off Snyder’s takedown attempts which put him over the top.

“There are definitely some positions that I have got to get better in,” Snyder said after the match. “That is what I’m thinking about. I have got to finish those attacks.”