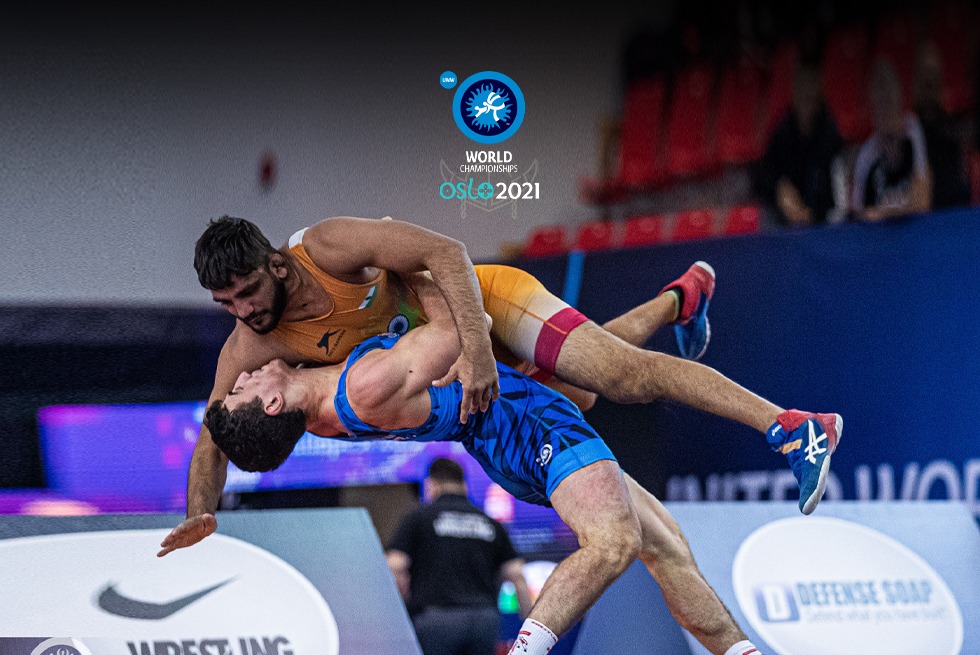 GR 67- Gourav Duhoon defeats Vetsch A. in the Qualification round by 4-0

GR 63 -Neeraj loses to Labazanov i. in qualification by 8-0

On Friday, In the 51kg category, Sandeep crashed out in the first round losing 0-7 against Ekrem Ozturk of Turkey, followed by the ouster of Gyanender in the 60kg who lost 2-3 to Japan’s Ayata Suzuki.

In the 72kg class, Vikas bowed out in the qualification round, losing to Cengiz Arslan of Turkey.

Sajan then lost his 77kg opening round bout against Tamas Levai of Hungary.

The script was the same in the 82kg, 97kg and 130kg divisions.
While Harpreet Singh lost to Ireland’s Pejman Soltanmorad Poshtam in the qualifying round of 82kg, Ravi was shown the door by Korea’s Jewoo Park.

In the 130kg category, Sonu lost to Radoslav Plamenov Georgiev of Bulgaria in the qualifiers