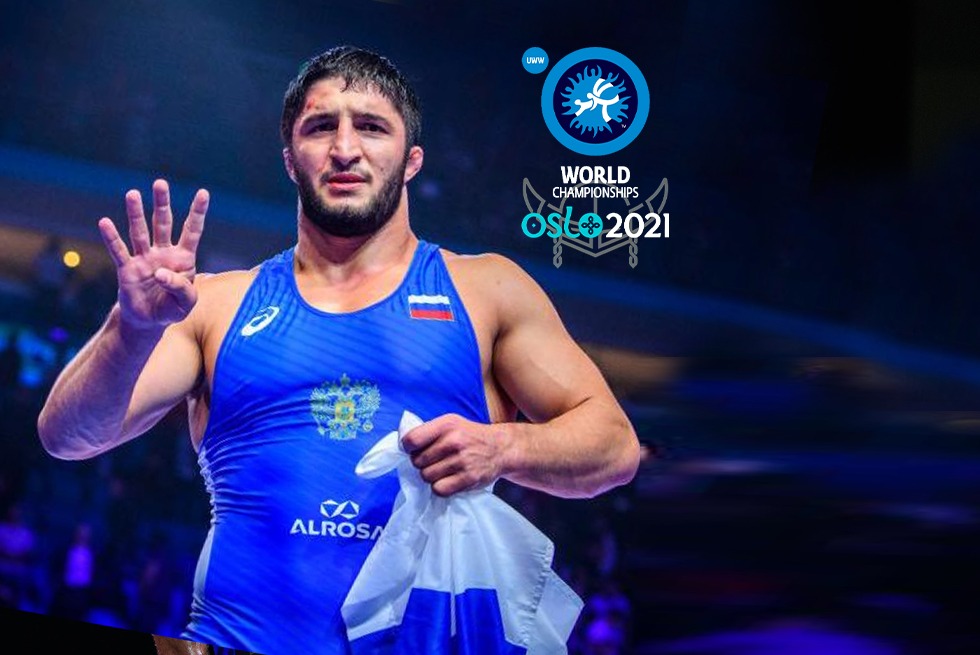 Sadulaev, alongside fellow Tokyo champs David TAYLOR (USA), Tamyra STOCK-MENSAH (USA) and Mohammadreza GERAEI (IRI) will have the unprecedented opportunity to win World and Olympic gold in the same season.

But the path to history for ‘The Russian Tank,’ Taylor and Mensah-Stock, in particular, won’t be easy. Instead, they’ll share the bracket with at least two other Tokyo Olympic medalists – including the wrestlers they defeated in early August to win Olympic gold.

Sadulaev will have to get through Kyle SNYDER (USA) to win his fifth world title. His American nemesis is the only person who’s handed him a world championship loss in his previous five world appearances. But, as of last month, the 25-year-old Russian broke the series tie and gained the one-match advantage on Snyder with his 6-3 victory in the 97kg Tokyo gold-medal match. He also defeated ‘Captain America’ to win ’18 world gold, which came a year after falling to Snyder in the ’17 world finals.

Taylor will share the 86kg bracket with Rio Olympic champion Hasan YAZDANI (IRI). They’ve met three times since 2017, with “The Magic Man” owning the 3-0 series lead. Taylor picked up his most recent victory over ‘The Greatest’ in Tokyo with a last-second takedown to claim the 86kg Olympic title.

Mensah will wrestle alongside Blessing OBORUDUDU (NGR) and Meerim ZHUMANAZAROVA (KGZ) in the 68kg bracket. She defeated her Nigerian foe for gold, while the Kyrgyz wrestler ended her Tokyo campaign with a bronze medal.

On the Greco-Roman side of the competition Olympic champ Geraei will compete at 67kg.

Freestyle wrestling kicks off the 2021 World Championships on October 2. Women’s wrestling takes center stage at the Jordal Amfi Arena on October 4, with Greco-Roman closing out the competition in Norway beginning on October 7.