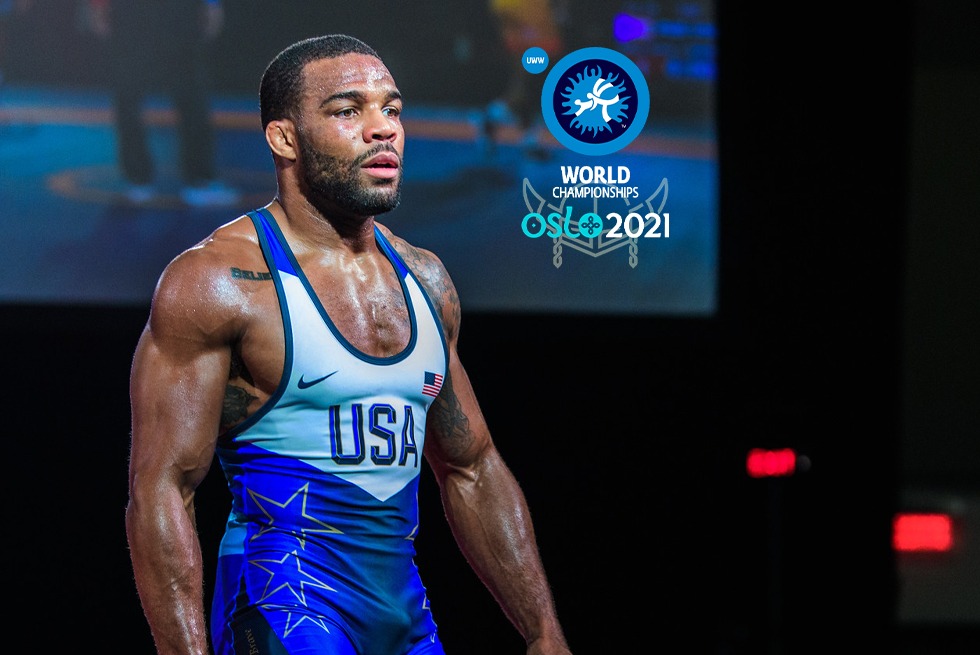 Burroughs has made his eighth Senior World teams, along with two U.S. Olympic Team berths. In his previous nine World or Olympic appearances, he has won eight medals, five gold and three bronze.

Jaden Cox also in American Team: Two-time World champion J’den COX ox of the Titan Mercury WC/NJRTC secured a spot on his fourth Senior World team with two-match sweep over Kollin MOORE of the Titan Mercury WC/Ohio RTC at 97kg. Cox shut out Moore in both matches, winning 5-0 in the first match and 4-0 in the second bout. Cox boasts two World titles, an Olympic bronze and a World bronze in his four World-level appearances, winning a medal every time.

Superstars David TAYLOR (USA) and Hasan YAZDANI (IRI), and Geno PETRIASHVILI (GEO) and Taha AKGUL (TUR) could see their rivalries renewed after the first day of wrestling at the 2021 World Championships.

Wrestling fans will be hard-pressed to find an opening where a star isn’t on the mat on October 2, but the conversation will indeed be on the potential fourth meeting between Olympic champions Taylor and Yazdani 86kg.

The pair of superstars are seeded first and second, respectively, at 86kg. If the seeds hold true, they two are on a collision course for a second blockbuster meeting in the last two months.

Taylor and Yazdani met on August 5 in the 86kg Tokyo Olympic gold-medal match. ‘The Magic Man’ trailed ‘The Greatest’ for the entirety of the match before he caught the Iranian on his heels with less than 10 seconds left and scored the match-deciding takedown. Taylor’s win in Tokyo was his third consecutive win over the two-time world champ and Rio Olympic gold medalist.

Taylor’s latest victory came four years after securing his first win over the then-reigning Olympic champion. He pinned Yazdani at the ’17 World Cup in Kermanshah, Iran. He extended his win streak to 2-0 with a five-point win over Yazdani in their first-round match at the ’18 Budapest World Championships.

Another guy to pay attention to at 86kg that rarely gets the credit he deserves is Artur NAIFONOV (RWF).