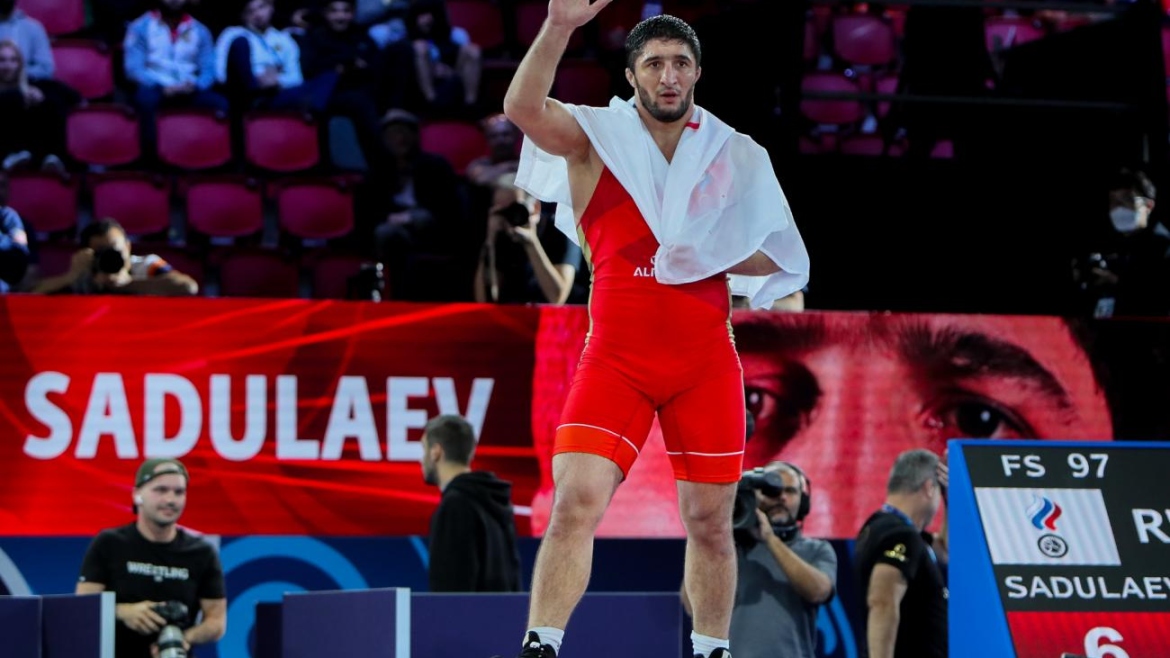 Sadulaev was never in danger in rolling to a 6-0 victory over Kyle SNYDER (USA) in the freestyle 97kg final at the World Championships in Oslo on Tuesday night, a win that also propelled the Russian Wrestling Federation to the team title over the United States.

Wrestling World Championships 2021: Abdulrashid Sadulaev Grab 5th World Title: In the fourth edition of the series dubbed “Snyderlaev,” Sadulaev looked even more invincible than he did when he notched a 6-3 victory over Snyder in the final at the Tokyo Olympics in August.

“The matches against Snyder are always tough, at the Olympics it was really tough and today I got pretty worn out,” Sadulaev said.

Sadulaev, in capturing a fifth career world title, has now won his last three encounters with Snyder since losing their first clash at the 2017 World Championships in Paris. That remains the most recent defeat for the wrestler nicknamed “The Russian Tank.”

“I don’t know yet how it feels,” Sadulaev said. “I have just won it. I really wanted to win because five-time world champion sounds better than four-time world champion, that’s why many years of hard work have paid off, thank God I’ve got another gold medal.”