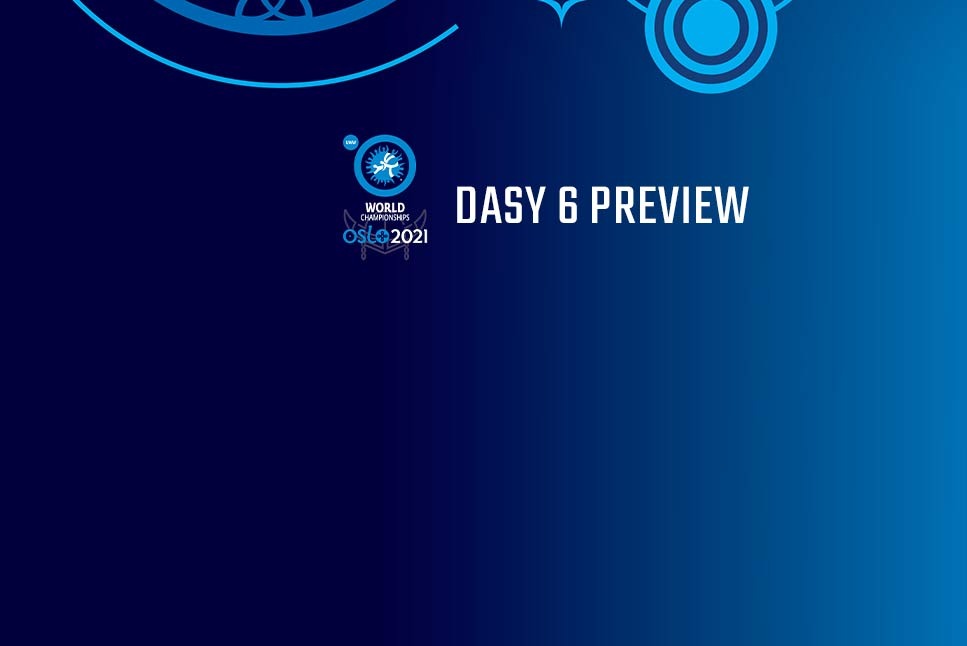 Wrestling World Championships 2021 Day 6 Preview: After a grueling weight cut down to 77kg for the Tokyo Games, newly-minted Olympic bronze medalist Rafig HUSEYNOV (AZE) has his eyes set on etching his name in the Azeri record books — and an 82kg world title would do just that.

In addition to 82kg, the other three weight classes in action on October 7 will be the Olympic weight of 77kg and the non-Olympic weights of 55kg and 72kg.

Wrestling World Championships 2021 Day 6 Preview: Huseynov enters Oslo fresh off winning Olympic bronze at 77kg, but after the taxing weight cut in Tokyo, he’ll make the ascent back up to 82kg and try to improve on his runner-up finish from the ’19 Nur-Sultan World Championships.

“After the ’19 World Championships, I started to think about the Olympic Games; I wanted to wrestle at 87kg in Tokyo, but the Federation suggested that I wrestle at 77kg,” said the five-language speaking Azeri.

In preparation to make an Olympic run, Huseynov used the early part of ’20 to get his weight under control. In early ’20, he steadily stepped on the scale weighing just over 78kg. Then, COVID turned the world upside down, and after the Olympics got postponed, Huseynov started to pack on the kilos.

“In September ’20, I weighed 90.80kg and thought I’d compete at 87kg. Again, our Federation suggested that I wrestle at 77kg.” So, thinking back to March ’20 when he weighed one kilo over the Olympic weight, Huseynov told himself, “If I can lose it once, I can do it again.” He enlisted the help of professional dietitians, dropped the weight the right way, and set his sights on qualifying Azerbaijan for the Olympic Games at 77kg.

Wrestling World Championships 2021: His opening test came in Bulgaria in May ’21, where he competed below 80kg for the first time ’14.

During that competition, he was arguably the brightest Greco-Roman wrestler of the competition. He was offensive and assertive on his way to punching Azerbaijan’s ticket to the Tokyo Olympic Games. He picked up shutout wins over Gurpreet SINGH (IND) and Abd Elkrim OUAKALI (ALG) before locking up his Tokyo spot with a three-point victory over world champion Viktor NEMES (SRB).