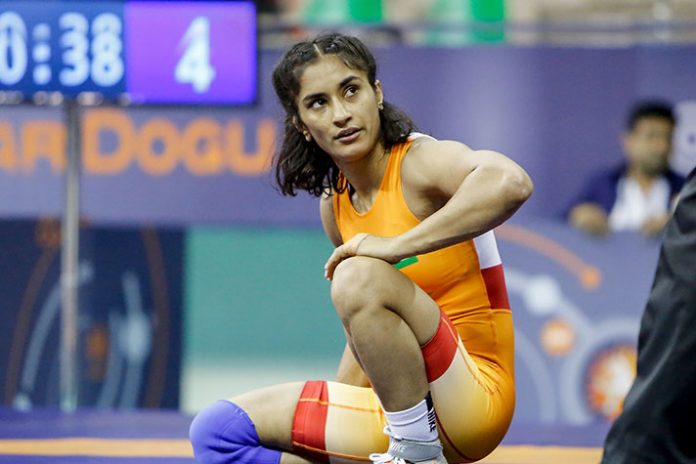 Wrestling World Championships: Vinesh Phogat’s World Championship participation on the line, decision on August 16; Follow Live updates- Vinesh Phogat’s Wrestling World Championships hopes were dealt with a major blow after the Wrestling Federation of India suspended her for indiscipline during the recently concluded Tokyo Olympics.  The ban marks the continued feud between the multiple Commonwealth Games medallist and the sport’s governing body in India in the build-up to the games. The WFI have levelled three charges on Vinesh, who has until August 16 to respond with her defence.

As per an Indian Express report, Wrestling Federation of India president Brij Bhushan Singh revealed that it had levelled three charges against the star Indian wrestler. The first of those was her refusal to stay with the team in the village during the Tokyo Olympics, while the second charge was due to her refusal to train with the Indian contingent.

The third was a breach of contract after Vinesh Phogat refused to wear the Indian Olympic Association singlet, and sported her personal sponsor Nike’s singlet. Bhushan Singh also revealed that the federation had overlooked earlier transgressions due to her stature in the sport.

Wrestling Federation of India vs Vinesh Phogat: The conflict as it happened

Vinesh Phogat will hope to resolve the dispute soon, with the Wrestling World Championships on the horizon. A source told PTI that she cannot compete in any national or other domestic events until she files a reply and WFI takes a final decision. The World Wrestling Championships are scheduled to take place in Oslo, Norway from October 2-10.

Vinesh Phogat meanwhile has had her fair share of concerns with the Wrestling Federation of India and has expressed her displeasure more often than once. The 26-year-old had voiced her annoyance at being provided only one physiotherapist to the men’s and women’s teams in Tokyo.

Is it a crime to ask for one Physiotherapist for four women wrestlers when there are instances of one athlete having multiple coaches/ Staff? Where is the balance?We have asked for a Physio long back and not at the last moment as reported.@IOA_Official @PMOIndia @ianuragthakur pic.twitter.com/bwbOQfFglo

She requested Poornima R Ngomdir, her regular physio to be allowed to travel, which was rejected by WFI. As per PTI, the 26-year-old had also created a ruckus after being allotted rooms near fellow Sonam Malik, Anshu Malik and Seema Bisla. Phogat argued the risk of COVID-19, as the trio had travelled from India, while she had landed from Bulgaria.