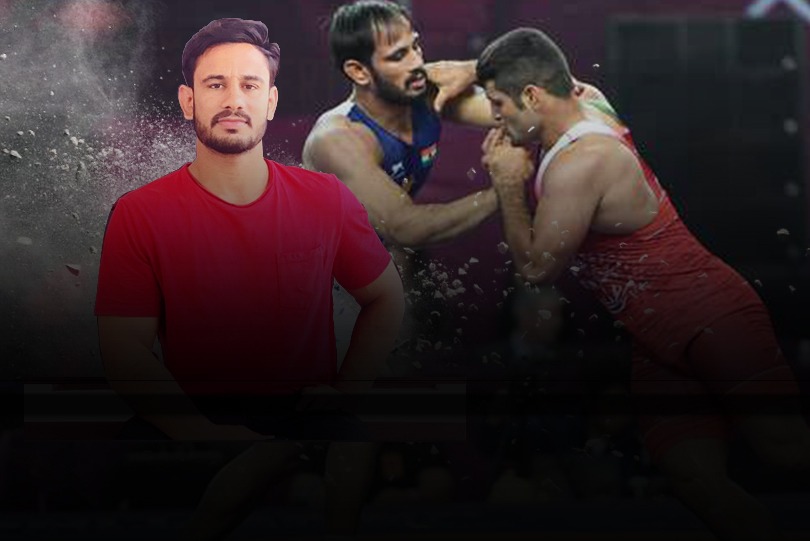 Wrestling News: Harpreet Singh is one of the finest Greco Roman wrestlers India has ever produced. The 2019 Asian Champion is the flag-bearer of the wrestling style in the country and young kids look up to him for inspiration. Hailing from a family of wrestlers and kabaddi players, he began wrestling at a young age at Faridkot, Punjab. Unlike many of his counter-parts, Harpreet had started his journey as a Greco wrestler. “The training was much the same. We concentrated on ground moves as wells as grapples as the latter is the most important in this style. Thankfully, I had a knack for grappling moves and therefore did not find it hard to adapt,” he said during a chat with WrestlingTV.

Currently, just like everyone else, Harpreet too is training at his home. He has a gym in his farmhouse where he does his training with 84kg dumbbells. “The dumbbells belong to my great-grandfather. We originally belonged from Lahore but after partition we came to India. He was a wrestler too so he decided to leave everything behind and carried his dumbbells and the 25kg spade with him. He believed that everything can be rebuilt, but the dumbbells and the spade are priceless”. Interestingly, the akhada (wrestling pit) that the Greco wrestler has made in his farmhouse has been dug up using the same 25kg spade. “It is a good way to exercise as the spade is quite heavy. So, by digging the pit, I do weight training plus make the arena to practice my moves,” he added.