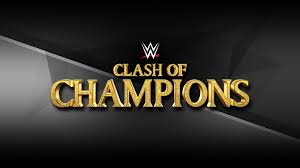 Scheduled for tonight’s card is Roman Reigns defending the WWE Universal Championship against his cousin, Jey Uso. The WWE Championship will also be defended in an Ambulance Match with Drew McIntyre putting the title on the line against Randy Orton.

Also scheduled is a Ladder Match with Jeff Hardy defending the Intercontinental Championship against AJ Styles and Sami Zayn.

Styles punches away at Zayn, and Hardy attacks Styles. Hardy sends Styles to the corner and sends Zayn into him. Hardy hits Styles with a snapmare and hits a bulldog/clothesline combo on Zayn and Styles. Hardy goes to grab a ladder, but Styles hits a baseball slide into it. Styles hits a flying forearm plancha. Zayn kicks Styles back and hits a slingshot moonsault to the floor! Zayn slams the ladder off Styles and Hardy and gets in the ring. Hardy attacks Zayn before he sets up a ladder and clubs away at his back. The ladder leaning against the ropes. Hardy hits Zayn with a back body drop against the ladder!

Hardy sets up the ladder upside down and spreads it out. Hardy tries to suplex Styles onto the hinges, but Styles blocks it. Styles then throws Hardy ribs-first onto it! Styles leans the ladder in the corner and whips Zayn hard into it. The ladder is completely broken and unusable. Styles gets a new ladder and hits Zayn with a powerbomb. Zayn’s back is wrecked. Styles climbs, but Hardy cuts him off. Styles punches him off, but Hardy still returns to pull him off. Hardy takes him down, hits a double leg drop to the midsection, and a dropkick to the face.

Zayn grabs Hardy and starts sending him hard into the barricade. Zayn goes into his jacket and grabs two pairs of handcuffs. Zayn slams a ladder off Hardy’s head and puts the handcuff through Hardy’s ear gage! Wow! Zayn handcuffs Hardy by the ear lobe to a ladder. Zayn attacks Styles in the ring and puts the handcuff around his wrist. Zayn attacks Styles and sets up a ladder. Styles attacks Zayn and hits him with a suplex. During that move, Zayn got handcuffed to Styles. Styles looks confused as to what to do. Styles puts Zayn in a fireman’s carry and starts to climb the ladder. Hardy holds the ladder up next to his ear and gets in the ring to hit Styles. Zayn slides off, uses the handcuff key to get out of the attachment to Styles, and handcuffs Styles to the hinges. Zayn climbs the ladder and wins the Intercontinental Championship!

They lock up, and Asuka takes her down before laughing. Asuka is making fun of her and playing around with her. Vega kicks her in the knee, but Asuka quickly takes her down for a two count. Vega quickly kicks the arm out. They lock up and Asuka wrenches the arm. Asuka takes her down for an arm bar, but Vega gets out. Asuka puts her on the top rope for a superplex, but Vega fights it. Vega punches her off. Asuka shoves her away and kicks her in the midsection. Asuka then hits a hip attack to the floor. Asuka gets her in the ring, but Vega takes her down. The referee won’t count because the shoulders aren’t down. Vega applies an arm bar and does a bridge before covering for a near fall. Asuka goes for an Asuka Lock, but Vega pushes off the ropes to take her down. Vega applies an arm bar, but Asuka gets out and goes for the Asuka Lock. Vega fights out and takes Asuka down for a near fall. Asuka counters out of a backstabber, but Vega quickly rolls her up for a near fall. Vega kicks her in the face and covers for another near fall. They trade covers before Asuka counters into an Asuka Lock for the Submission.

The bell rings, and Lashley quickly takes him down. Crews soon gets him out of the ring and attacks. Crews hits a cross-body block off the top rope for a two count. Lashley quickly takes him down and lays him out. MVP talks some trash. Lashley chokes Crews on the top rope. Ricochet tells MVP to back up. Lashley hits Crews with a vertical suplex for a two count. They go outside the ring, and Crews sends Lashley into the ring post. Crews gets him in the ring and hits a pair of clotheslines. Crews powers Lashley to the corner and hits a running shoulder. Crews avalanches him and takes him out of the ring with a back elbow. Crews hits a rough cross-body off the apron. Crews gets him in the ring and soon hits a press slam followed by a standing moonsault for a near fall. Crews goes to the top rope, but Lashley cuts him off and hits a superplex for a near fall. Lashley goes for a Dominator, but Crews slides off and kicks him. Crews hits a standing shooting star press before going to the top rope for a frog splash. Crews picks up a near fall.

Crews grabs him, but Lashley elbows him. Lashley then hits a huge one-armed spinebuster. Lashley applies the Hurt Lock for the submission.

Angelo Dawkins starts against Andrade. Andrade quickly powers him to the corner and tags in Angel Garza. Garza attacks Dawkins, and Andrade tags in. Dawkins soon takes Andrade down and tags in Montez Ford. Ford hits Andrade and Garza with dropkicks. Ford leapfrogs Andrade a few times, but Garza holds him back. They take Ford down. Garza and Andrade hit a flapjack/kick combo. They then dropkick him and kick him in the face. Garza covers for a two count. Garza stretches Ford, but Ford comes back with a back suplex.

Dawkins and Andrade tag in. Dawkins runs over Andrade and wipes out Garza. Dawkins splashes Andrade in the corner, but Andrade quickly responds with dropkick. Garza blind tags in as Dawkins gives Andrade a spinebuster. Garza dropkicks Dawkins in the back, but Ford tags in. Garza hits Ford with a Spanish Fly off the top rope for a near fall. Garza soon knees Ford in the face. Andrade tags in and hits Ford with double knees for a near fall. Dawkins hits a spinebuster and covers. Andrade kicks out, but the referee counts the three. Garza has a legitimate injury at ringside.

Bayley brings a chair out to the ring and says Nikki Cross cannot perform tonight. Cross had to forfeit the match. Bayley wants the referee to raise her arm. Raw Women’s Champion Asuka takes Cross’ place!

Asuka quickly takes Bayley down and goes for an Asuka Lock. Bayley gets to the bottom rope quickly. Bayley snaps Asuka off the ropes and punches away at the injured left arm from her match against Zelina Vega. Bayley attacks Asuka for a bit before going to the second rope. Asuka hits a codebreaker out of mid-air. Bayley rolls out of the ring. Bayley blocks a kick and sweeps Asuka on the floor. Asuka fights back and hits a German Suplex on the floor. Bayley quickly hits Asuka with the chair for the DQ.

Sasha Banks returns to crack Bayley in the back with a chair. Banks is wearing a neck brace. Bayley fights back and grabs a kendo stick. Banks kicks Bayley back and smashes her on the back with the kendo stick a few times. Banks grabs a chair, but Bayley escapes.

McIntyre starts the match off hot with some strikes. Orton quickly attacks the jaw and hits a draping DDT. Orton backs up for a Punt Kick. McIntyre is holding his jaw in pain. The Big Show grabs Orton’s ankle, pulls him out, and hits a Chokeslam through the commentary table!

They brawl back into the arena, and Orton slams McIntyre on the windshield. McIntyre’s backs is all cut up. Orton attacks him on the roof and punches him down to the floor. They make it look like McIntyre took a devastating fall despite hanging on the roof and being only inches from the floor. Shawn Michaels appears on the roof and hits Orton with Sweet Chin Music before knocking him off the roof through a crash pad!

Roman Reigns changed up his look a bit, getting rid of his Shield vest.

They circle the ring, and Uso shouts at him. They lock up and back to the corner. They’re super intense right now. They lock up again, and Reigns powers him to the corner before throwing him down. Uso shouts at him before Reigns sends him to the corner. Uso slingshots over him and does a dance. Reigns grabs him and throws him. Uso gets out of the ring and thinks about it. Uso punches him getting back into the ring and hits some uppercuts. Reigns reverses a whip and clotheslines him down for a two count. Reigns chokes him on the middle rope and talks a little trash. Reigns chokes him on the ropes again and punches him down to the floor.

They trade punches at ringside before Reigns floors him down. Reigns gets him in the ring and continues to punch away at him. Reigns talks a little trash and punches away at him. Uso is down on the mat in pain. Reigns viciously clubs him in the corner. Uso fights back and sends Reigns shoulder-first into the ring post. Uso sends him over the top rope and hits a suicide dive. Uso gets him in the ring. Reigns blocks a kick, but Uso counters with an enzuigiri to send him out of the ring. Uso then hits him with a second suicide dive. Both men are down.

They’re making it seem like Reigns may have done the low blow on purpose, but also mention he could have just been kicking out. Reigns hits his cousin with a Spear and looks down on him. Reigns talks trash and tells him that he should have acknowledged him as chief. Uso gets up and shakes his head. Reigns sends him into the ropes and rips him in half with a Spear. Reigns looks dissatisfied. Reigns takes Uso and poses him for the camera, telling him he owns everything. Uso won’t acknowledge him. Reigns is infuriated. Reigns forearms away at his cousin, brutalizing him with numerous blows. Reigns backs off and then returns to him to brutalize him. Reigns says he’s been whooping his ass like this his whole life. Reigns talks about how Jey’s children are watching.

Jimmy Uso hobbles down with a white towel. He tells his brother that he’s going to throw it in. Reigns tells Jimmy to admit that he’s at the head of the table. Jimmy thinks about it. Jey tells his brother not to throw in the towel. Jimmy looks conflicted. Reigns punches away at Jey, and Jimmy finally throws the towel in to end this match.