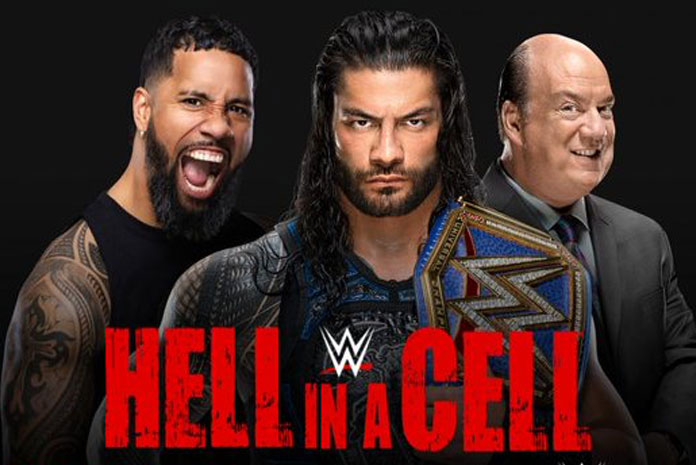 Roman Reigns has taken his place at the head of the table. All he wants now is for his cousin Jey Uso to pay his respects and join him.

.@WWERomanReigns will defend the #UniversalTitle against Jey @WWEUsos in a Hell in a Cell “I Quit” Match at WWE #HIAC! https://t.co/1jdEB7T7q2

The Big Dog will go to battle with his Bloodline once again in a Universal Championship rematch with Uso in a Hell in a Cell “I Quit” Match at WWE Hell in a Cell. Reigns sent a brutal message in his win at WWE Clash of Champions that only ended once Jimmy Uso finally threw in the towel on behalf of his brother.

It appeared the Universal Champion was set to move on with Paul Heyman prepared to official crown him The Tribal Chief on Friday Night SmackDown, but Reigns yearned for more. The titleholder asked for Uso to come out and call him The Tribal Chief in order for the status to be fully earned. The high-flying challenger wouldn’t take that step, but he did agree to share the ring with his cousin once again in the “highest stakes match in WWE history.”