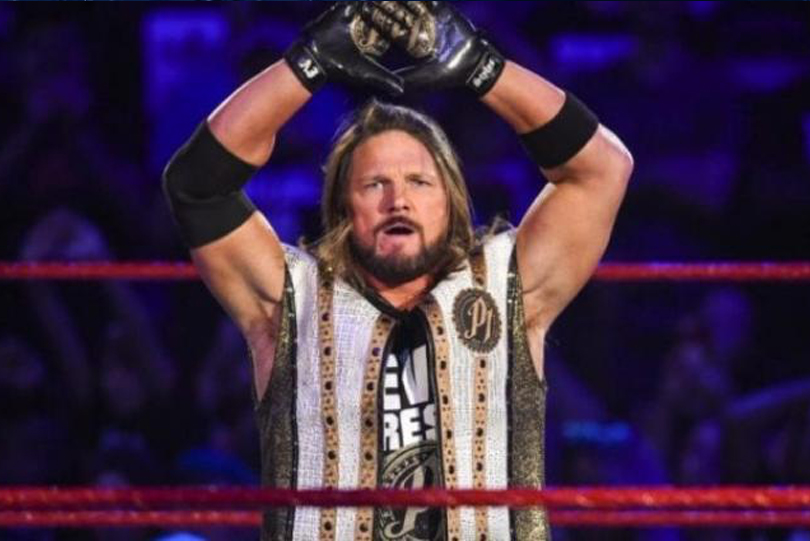 WWE News: ‘The Phenomenal One’ AJ Styles recently spoke about his future plan with WWE. In his recent interview Styles sat down with Vicente Beltrán of ViBe & Wrestling to explain his further future scope in the company.
AJ Styles had revealed last year after he signed a new WWE contract that his extended deal would be the final one of his career. In the latest interview, he also stated that he certainly has a lot of let in the gas tank and going forward, he intends on pushing his body to the limit for the WWE fans who want to see him perform every week.

At the moments he enjoys what he does in the main roster and how the things are currently going with him in the WWE. The current Intercontinental Champion also admitted that his mind and body did not insist him to do the same. As his mind says to carry on, but when it comes to the body he feels to slow down.

AJ Styles also reiterated what Undertaker experienced regarding his retirement while also reminding everyone how much he loves competing inside the squared circle.
This what he has to say about his possible retirement :

“I definitely think I have more; I’m going to push this body to the limit. I enjoy what I do, I respect what I do, and I am proud of everything that happens in the ring, so I’m going to do this as long as my body and my mind allow it. Many times my body and my mind argue with each other because my head tells me I can do it, and my body tells me not to even try. I think you both have to agree and think maybe this is a good me to quit but when will that happen? This is something Undertaker has already talked about, and it is something that happens every day because you love what you do.” reported by WrestlingNews.co

The 42- year old believes that it could be his final contract with WWE. The fact is that he is still one of the consistent performers in WWE roster at the moment. Since his debut in WWE 2016, he has faced some of the top guys in this company such as John Cena, Roman Reigns, The Undertaker and others.

AJ Styles is currently holding the Intercontinental Championship in his first reign. He defeated Drew Gulak last time when he put his title on the line on SmackDown to retain his Intercontinental Championship. On the next week, he will defend his title against Matt Riddle in SmackDown. And Styles is favourite to retain the once again on the basis of his current performance.

Styles’ reign has gotten off to a solid start, and it should continue unless WWE plans on booking an abrupt title change in SummerSlam or after that.