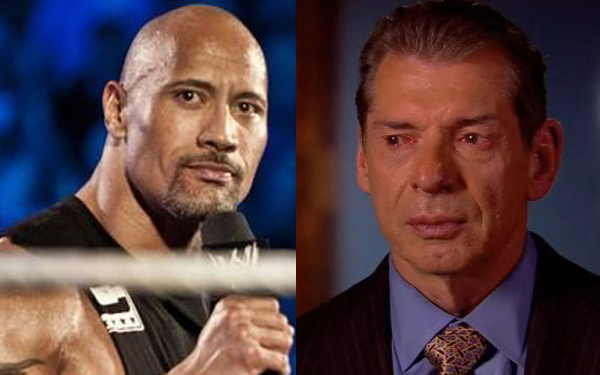 WWE News: Dwayne ‘the Rock’ Johnson does not take much time to surprise the world as recently he has bought XFL, along with Gerry Cardinale’s RedBird Capital. It cost him around whooping $15 million but for the preeminent figure like ‘the Rock’, it cost nothing for him.

However, WWE Superstar ‘The Phenomenal One’ AJ Styles on his latest stream on Twitch explained that he is really excited with the news that the Rock has purchased XFL, and talked about his further reaction on this.

AJ Styles believes that the Rock knows the trend very well since he is ‘The Rock’ people follow him whatever he does. Here is what AJ Styles had to say:

“I’m excited about that! If there’s one guy that knows [trends], and people will get behind, it’s The Rock. Well, it certainly was cheap. I hope he’s able to get after it. Not that Vince wasn’t going to, but under the circumstances, The Rock got it and I think he can do something special with it. I really do.”

Having said that, Styles also believes that current time is difficult for across the globe due to the worsening situation of the Covid-19 pandemic. However, he also added that time will come when the entire tournament to restart as setting up teams and so much more is quite difficult during the time of the pandemic.

“You can’t pull it off at this time; you’ve got to get teams and all this stuff. I think the teams that were are just not anymore, so yeah, I just don’t see that happening during the COVID times.” (H/T WrestlingInc)

BREAKING NEWS: @TheRock is the new part-owner of the XFL.

AJ Styles is currently holding the Intercontinental Champion on his very first reign on Smackdown Live. He has defeated Drew Gulak, Matt Riddle, and Gran Metalik while defending this prestigious title on several occasions.

However, his next opponent has not been decided yet for the biggest part of the summer at SummerSlam but he does not mind defending his Intercontinental championship at this flabbergasting event.