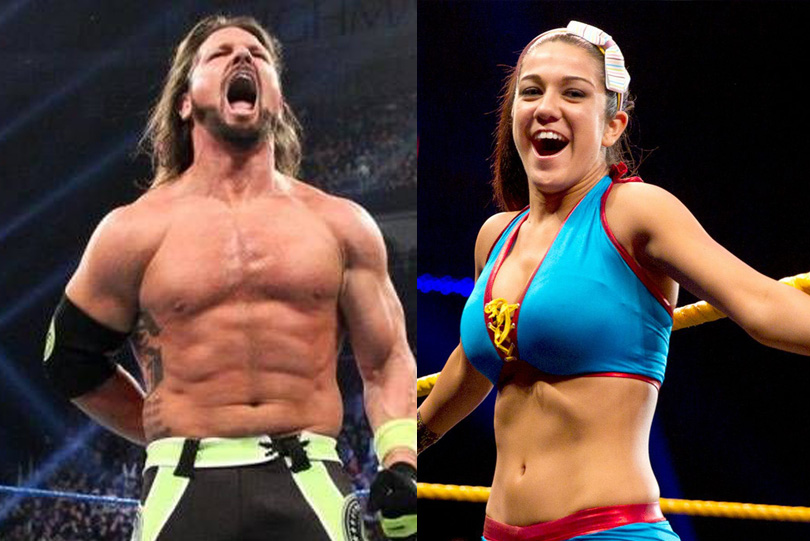 WWE Smackdown: WWE superstars not only compete with each other in the ring, but they also have stiff competition on social media. There are some who have massive social media followings, and today WrestlingTV.in brings you top 10 WWE Smackdown superstars with most Instagram followers.

‘The Phenomenal One’ has over 2.3 million followers on Instagram. He has posted more than 355 pictures on his account and is a big crowd gatherer. He is one of the consistent performers in WWE as well as on Instagram where he shares his day to day activities with fans.

WWE superstar Carmella is not far in the list with more than 2. 7 million followers on her accounts which put her on the 8th position in the list. Her Instagram is filled with her dance moves and with her close friends with she likes to spend her spare time. She has shared more than 1800 pictures on her account.

The Celtic Warrior has more than 2.8 million followers on his Instagram account. He is a gym freak where he has posted around 2200 pictures related to his daily work out also has a YouTube channel so that his fans check out his videos and follow him.

The one half of the SmackDown tag team champion and Universal Champion Bayley has got 2.8 million followers and just crossing over Sheamus’ numbers on Instagram. She has shared more than 1660 pictures on her account.

Daniel Bryan, a husband, a family man and a wrestler who has 3 million followers on Instagram. Apart from his wrestling life, he loves to spend time with his family and kids. He has posted exact 400 pictures on his accounts. His account is filled with his kids and wife’s pictures.

The Miz has crossed past the likes of Roman Reigns and Daniel Bryan with 3.2 million followers on his account. He has posted more 2600 pictures on his account. The Hollywood ‘A-lister’ also makes movies and runs his television show. In his spare time, he loves to play with his kids.

Alexa Bliss real name Lexi Kaufman has topped the list with a little over 4.7 million followers which keeps her at the top sport. Bliss has shared 2835 pictures with her fans and known for her charming personality, and also known as fashion killer.