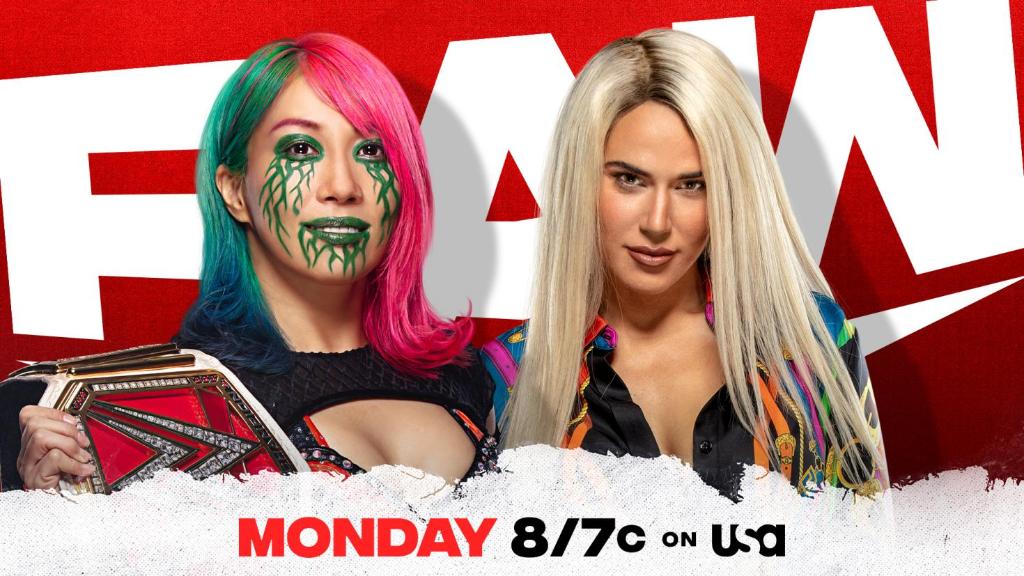 October 19, 2020 0Comments 823Views 0Likes
WWE RAW Women’s Championship will be on the stake, Bray Wyatt will bring “Firefly Fun House” to red brand, An “Unsantionced” match is announced, Elias to perform his segment and many more high-flying segments will become the part of this week’s Monday Night RAW.
# Check out the full Preview:
Bray Wyatt “Firefly Fun House”
Last week, “The Fiend” Bray Wyatt and Alexa Bliss made their mark after being drafted to Raw with double Sister Abigails on Andrade and Zelina Vega.
Now, Wyatt is set to bring his demented Firefly Fun House to the red brand. As he sets to make an impact on Raw, what will Wyatt’s first message be?
# Raw Women’s Championship match
The Raw Women’s Championship will be on the line this Monday, as Asuka defends against Lana. The Ravishing Russian shocked the WWE Universe by winning a Dual-Brand Battle Royal last Monday, dumping Natalya to get the victory moments after the third-generation Superstar brought their friendship to an abrupt end.
Lana will certainly be seen as the underdog heading into the battle with the dominant Empress of Tomorrow. Will she pull off the upset of a lifetime, or will Asuka continue to mow down the competition?
# Braun Strowman vs Keith Lee “Unsantionced” match
The season premiere of Monday Night Raw will feature a clash between two of the red brand’s titans, as Keith Lee goes one-on-one with Braun Strowman.
The last time these two competitors locked horns was in an Exhibition Match two weeks ago, which turned into a demolition derby that left the WWE ThunderDome in pieces. What will happen when these two mammoth Superstars collide again?
# Elias to perform his concert
Elias returned to WWE last Monday with a smash hit, splintering his guitar across the back of Jeff Hardy. After being drafted to Raw, the songster revealed that he’s out for payback on Hardy after a car accident involving The Charismatic Enigma several months ago on SmackDown put Elias on the shelf. While Hardy has not been proven to be the perpetrator, Elias says he doesn’t need any proof.
To celebrate his return, Elias has promised to put on a concert that no one will forget, especially The Charismatic Enigma. As he prepares for the release of his new album “The Universal Truth” on Oct. 26, what does Elias have in store?
0
0
0
0
0
0
0