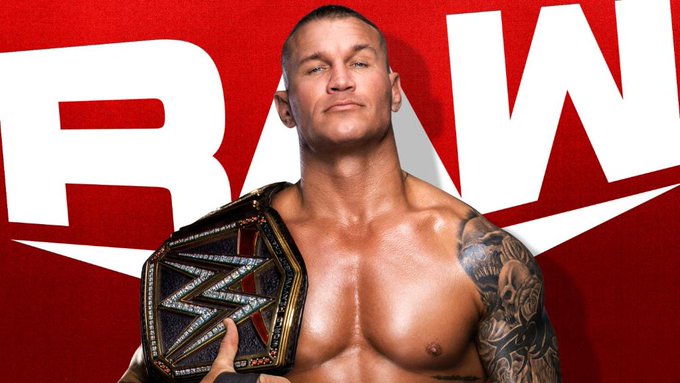 WWE has officially confirmed three matches for the November 2nd episode of Monday Night RAW. The first match will be between Elias and Jeff Hardy.

It has been confirmed that they will be facing off in a ‘Guitar on a Pole match’. Here is what WWE wrote about it on their website:

# Target on the back of WWE Champion Randy Orton

The Apex Predator is back on top the WWE food chain, but the rest of the red brand is hungry to take him down.

Randy Orton had a chaotic start to his 14th World Championship reign this past Monday, as the new WWE Champion has a giant target on his back. Drew McIntyre is motivated to reclaim his title, and he brawled with The Viper as Raw went off the air last week. The Miz lurks as the new Mr. Money in the Bank and has dreams of another WWE Championship run of his own. Then there’s always the ominous presence of The Fiend who hasn’t forgotten Orton’s inferno of The Wyatt Family Compound. Finally, a showdown with Universal Roman Reigns at Survivor Series looms as well.

Who will come calling for Orton next?

Jeff Hardy and Elias are ready for their encore.

The Charismatic Enigma and the “Universal Truth” recording artist are set to meet in a Guitar on a Pole Match this Monday on Raw. Hardy and Elias have exchanged vicious guitar strikes in recent week, but none have hit the right chord just yet. The showdown between the two competitors at WWE Hell in a Cell ended in a disqualification to Hardy after the high-flying Superstar struck Elias with his instrument. Last week in Survivor Series Qualifying action, Hardy and Elias targeted each other with further musical mayhem as more guitar strikes were dished out.

Who will drop a smash hit when the two Superstars meet in a Guitar on a Pole Match?

# The New Day will take on Cedric Alexander & Shelton Benjamin of The Hurt Business in non-title action this week on Raw.

The Raw Tag Team Champions successfully defended their new titles against Dolph Ziggler & Robert Roode in their first red brand action. Kofi Kingston & Xavier Woods will now have their first encounter with The Hurt Business’ Cedric Alexander & Shelton Benjamin. The Hurt Business are fresh off an Elimination Tag Team Match win over RETRIBUTION and look to make the next step toward a championship takeover.

Can Kingston & Woods close down The Hurt Business?

Mandy Rose & Dana Brooke have been unbeaten since teaming up on Raw but will face their toughest challenge yet against Nia Jax & Shayna Baszler in non-title action.

All four competitors will team up with Lana to represent Team Raw at Survivor Series, but Rose & Brooke still have their sights set on a Women’s Tag Team Title run.

Can the newly-formed tandem take down the Women’s Tag Team Champions? Or will Jax & Baszler stop their championship pursuit in its tracks?

Who else will step up to join Team Raw at Survivor Series?

# Two more spots are up for grabs on Team Raw. Who wants ‘em?

AJ Styles, Keith Lee and Sheamus all punched their tickets to Survivor Series with qualifying match wins last week. The Phenomenal One dropped Jeff Hardy in a battle between the two rivals. Lee overpowered Elias with a little help from Hardy’s presence. The Celtic Warrior clinched the final spot of the night by outlasting Riddle.

Who will be the next Superstar to join them?

Don’t miss the latest in the road to Survivor Series this Monday at 8/7 C on Raw on the USA Network.