WWE Raw Preview: 4 confirmed matches for the tonight’s episode; all you need to know 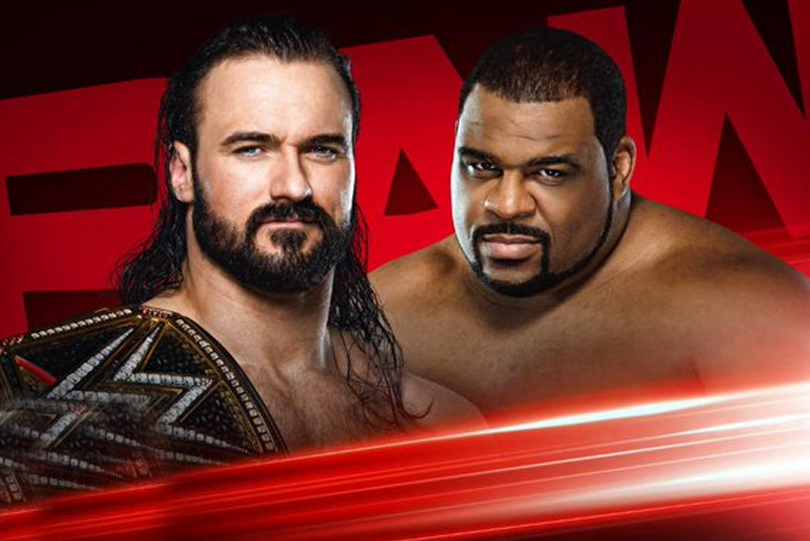 WWE Raw Preview: You won’t want to miss a second of a special In Your Face Monday edition of Raw! WWE Champion Drew McIntyre will go one-on-one with his friend and training partner, Keith Lee.

Plus, the heated rivalry between the Mysterio family and Seth Rollins goes to the next level when Dominik Mysterio and The Monday Night Messiah are locked inside a Steel Cage!

# WWE RAW Confirmed matches: Drew McIntyre vs Keith Lee
WWE just has announced a major non-title match that will take place between the WWE Champion Drew McIntyre vs Keith Lee tonight on RAW. As the Clash of Champions 2020 is almost near what these two belligerents perform in the ring will be eye-opening to watch before that. The Limitless One has been on a roll since arriving on the red brand, including a big win over Orton at WWE Payback. Can he pick up the biggest win of his career against the WWE Champion?

#WWEChampion @DMcIntyreWWE goes one-on-one with his friend @RealKeithLee on an exciting In Your Face Monday edition of #WWERaw!

# WWE RAW Confirmed matches: Seth Rollins vs Dominik Mysterio “Steel Cage”
The Mysterio family got payback on Murphy for the torment he and Seth Rollins put them through last Monday, battering the disciple 86 times with Kendo sticks during and after Dominik Mysterio’s Street Fight win over Murphy.

But Rey Mysterio made it clear that this was just the beginning of their quest for justice, sending a direct message to The Monday Night Messiah. The next stop on the road to retribution comes at In Your Face Monday, when Dominik steps inside a Steel Cage with Rollins.

It’s the ultimate test for @35_Dominik tomorrow night on a special In Your Face Monday edition of #WWERaw, a Steel Cage Match with the #MondayNightMessiah @WWERollins!https://t.co/z15VKiID5o pic.twitter.com/rjvj5CKPUG

# WWE RAW Confirmed matches: Raw Champions vs SmackDown Champions
Last week on RAW episode The Street Profits came out to watch out for their next opponents, and nobody saw it coming! when the current SmackDown Tag Team Champions Cesaro & Shinsuke Nakamura made their way to ring and surprised all.

After lot of talk between both the teams and they came out with a conclusion that – – “In your Face” edition of RAW there would be ‘champions vs champions’ match. The team of The Street Profits will face of against The team of Cesaro & Shinsuke Nakamura on tonight’s Monday Night RAW.

Are you ready for RAW vs. SMACKDOWN?!#WWERaw Tag Team Champions @MontezFordWWE & @AngeloDawkins clash with the #SmackDown Tag Team Champions @WWECesaro & @ShinsukeN on an In Your Face Monday edition of Raw, tomorrow night at 8/7 C on @USA_Network!https://t.co/81FYXFBBMS pic.twitter.com/MPk7CnKd5d

# WWE RAW Confirmed matches: Asuka vs Mickie James (Championship match)
The Raw Women’s Championship will be on the line when Asuka defends her title against Mickie James.

Since her return from nearly a year on the injured list, James has made it clear that she has her sights set on becoming a champion once again. The Empress of Tomorrow, on the other hand, has declared that she is ready for anyone and everyone daring enough to get in the ring with her.

With a clash against @WWEAsuka for the #WWERaw Women’s Title coming up tomorrow night, can you name ALL of the Superstars @MickieJames has defeated to win a WWE Women’s Championship? ⤵️ pic.twitter.com/aPyaDsx5Uy