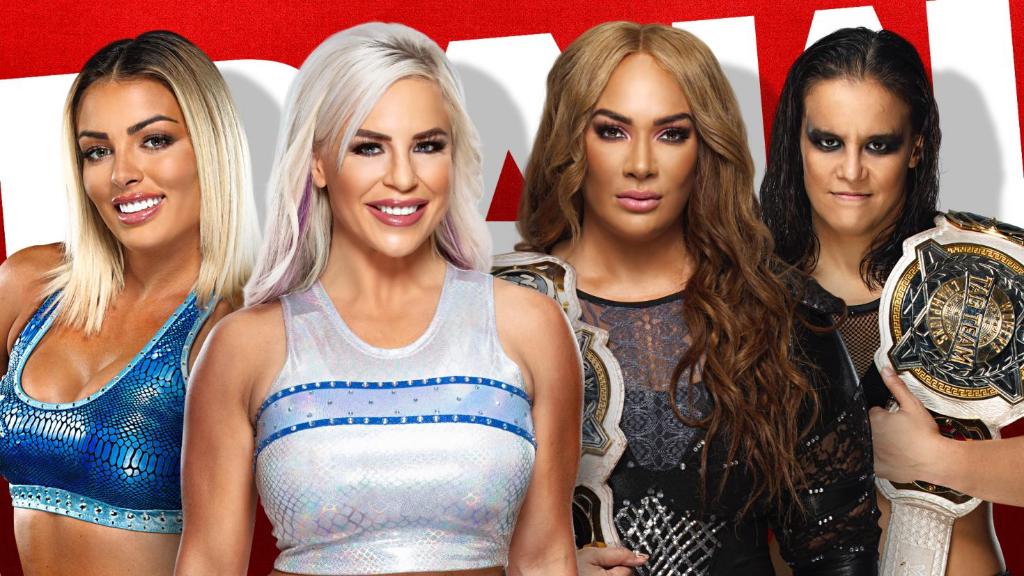 WWE has officially confirmed that Elias and Jeff Hardy will be facing off on this episode. This will be a ‘Guitar on a Pole’ match. We can’t say that we are a  big fan of ‘on a pole’ matches. While saying that, we are sure that it will be decently entertaining. There is a rumor that Elias is going to receive a big push over the next few months. As a result, we are going with Elias beating Jeff here.

6) Lana Will (Finally) Fight Back Against Nia Jax

Nia Jax has put Lana through a table over the past six weeks on Monday Night RAW. That is not an exaggeration. Lana has been through six tables at the hands of Nia, including on the latest episode. We are going to predict that we will finally see Lana stand up for herself on this next episode. We could see her finally getting the better of Nia after weeks of torment. She won’t beat her in a match but we could see Lana getting a few good shots in on Nia.

This will prove that Lana isn’t going to be a pushover at Survivor Series (like everyone expects).

5) Retribution Will Attack The New Day & The Hurt Business

WWE has officially confirmed a tag team match for the episode. It will be The New Day vs The Hurt Business (Cedric Alexander and Shelton Benjamin). We are going to guess that this match will end via disqualification. This will come after Retribution shows up and attacks both teams. This would make sense as Retribution is currently feuding with The Hurt Business. It would also set up a future feud between Retribution and The New Day.

4) Braun Strowman Will Qualify For Team RAW At Survivor Series

There are only two spots left on Team RAW for the men’s Elimination match at Survivor Series. This comes after AJ Styles, Keith Lee, and Sheamus earned their spots on the latest episode of RAW. We are going to predict that Braun Strowman will earn a spot on the RAW squad. This will come after he beats someone random during the episode. WWE typically likes to use Braun in these matches and we think that he makes sense in this spot.

3) Tucker Will Defeat An Enhancement Talent

Tucker turned on Otis at the Hell in a Cell PPV. After this happened, he hasn’t done anything else. We are going to guess that WWE will showcase Tucker on this next episode. This will likely mean that Tucker defeats an enhancement talent on this next show. This will help showcase Tucker as a singles guy. They need to do something after they split him up from Otis.

2) Asuka Will Pick Up A Win

It has been a few weeks now since we have seen Asuka wrestle. We think that will change on this next episode of RAW. Our guess is that Asuka will pick up a victory on this show. This will be against someone like Lacey Evans or Peyton Royce. This will give her some momentum as she heads into her match against Sasha Banks at Survivor Series.

The latest episode of RAW ended with a big brawl between Drew McIntyre and Randy Orton. The Fiend was also involved in this segment. Orton chose to fight Drew instead of having to face The Fiend. It feels like WWE is building towards a future triple threat match. That would be Drew McIntyre vs Randy Orton vs The Fiend.
To build towards that match, We think that The Fiend will attack both Drew and Randy on this next episode.

This will make it clear that The Fiend wants a piece of both guys and not just Orton.