WWE Raw Preview : Will Asuka be out for retribution on Sasha Banks & Bayley? 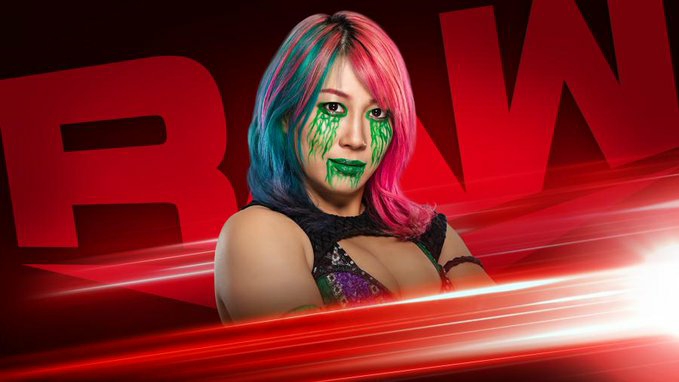 Asuka will be there in the ring to react on her defeat against Sasha Banks in last week’s Raw for Women’s Championship. However, Asuka also seeks the answer from both ‘the Golden Role Models’ Sasha Banks and Bayley for their vicious attack on Asuka’s friend Kairi Sane last week on RAW which was almost a career ending attack but somehow Asuka rescued her.

‘The Golden Role Models’ Sasha Banks and Bayley have already made it clear that they will conquer out each and every superstar from women’s roster. As recently in the latest episode of SmackDown Live Bayley once again retained her SmackDown Women’s Championship against Nikki Cross in the main event.

It will be interesting to see how this storyline goes on between Asuka and ‘the Golden Role Models’ since Asuka is also keeping her eyes on the Raw Women’s Championship to get title back at SummerSlam.

WWE has also promoted this segments on the Twitter handle and below is the WWE’s full announcement :

Will Asuka be out for retribution on Sasha Banks & Bayley?

How will Bayley & The Boss’ reign of dominance across brands continue? Will Asuka be out for payback after the career-ending attack on her best friend? “