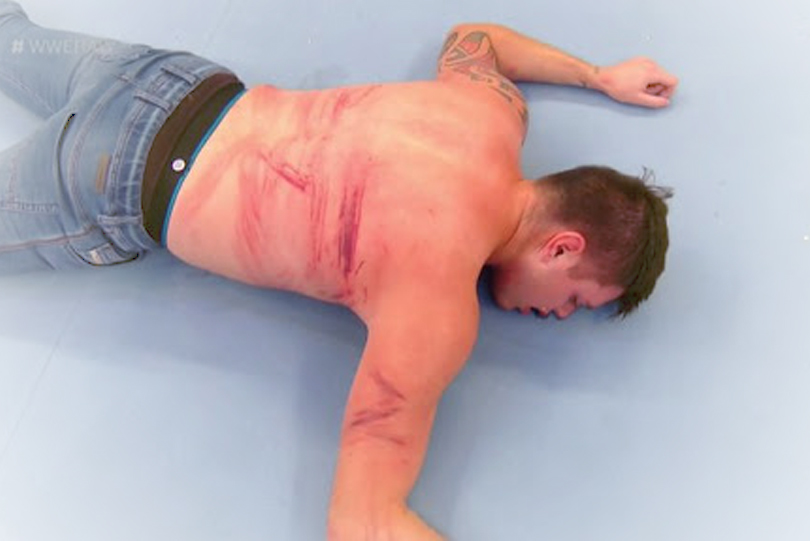 WWE News: It was a huge night for Rey Mysterio’s son Dominik Mysterio, who appeared in the latest episode of RAW for his official signing with WWE. Moreover, Dominik was also in the ring for a contract signing for his debut match at SummerSlam against Seth Rollins in the presence of Samoa Joe, who was there in the ring to make sure that both these will not take out each other before SummerSlam.

Seth Rollins and Dominik Mysterio officially signed for their match at Summerslam with the given implication that — Dominik is allowed to use weapons against Rollins in this match.

After that Rollins was set up in a singles match against Humberto Carrillo and got an unexpected victory over him which boosts up his confidence for SummerSlam 2020.

However, what happened after that was not a gratifying experience for WWE fans who can’t stomach beatdowns that cross a line. WWE Universe got mad on this after Seth Rollins and Murphy both slammed 30 unleashed kendo stick on him and beat down Dominik in half.

Rey Mysterio took to Twitter account to shown his support for his son Dominik after this annihilation on him. However, Rey Mysterio also warned Rollins for this catastrophic attack on his son.

You took this to another level @wwerollins
You will FKN pay for this!! https://t.co/6Q1lTEliij

WWE superstar Angel Garza and Andrade while playing the heel role in WWE showed their support for Dominik in this assault. Moreover, it will be interesting to see how Dominik strikes back on Rollins and his Co. next week on RAW before their big match at Summerslam.