WWE Smackdown: All 4 confirmed matches for the tonight’s episode; all you need to know – 09th October 2020 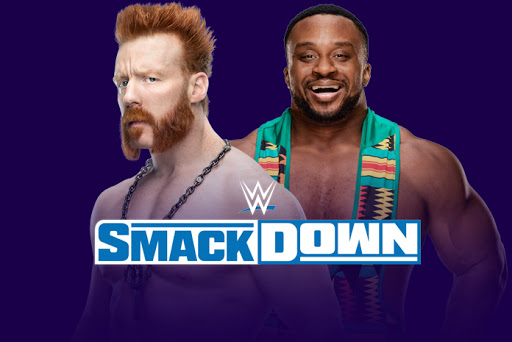 These four segments have already been confirmed by WWE for tonight’s blue brand and many more astounding segments are also waiting to take place in these two hours.

# WWE Smackdown Preview: Otis to be in WWE Court

Get ready for tonight’s episode of WWE Smackdown which will hold the WWE draft but before that Otis is fired up after a win over John Morrison and is ready to continue fighting for his Money in the Bank contract.

Ladies and gentlemen of the jury… @otiswwe will be representing himself in court to defend his #MITB contract THIS FRIDAY on #SmackDown! #WWEDraft https://t.co/nbZdK81Cmp

The Workin’ Man Superstar heads to court this Friday, as Otis is set to defend his Money in the Bank contract.

The Miz & John Morrison have schemed for weeks on how to take the coveted contract from the Heavy Machinery Superstar. The outspoken duo has attempted a number of heists, gotten Mandy Rose traded to Raw, and now resorted to legal action to try to pry the contract from Mr. Money in the Bank.

Last week on SmackDown Live where Sasha Banks came out in desperate mood to take out Bayley and settle her account with her but that did not happen since the Champion Bayley did not appear on this episode of SmackDown Live and Banks has to wait till tonight to clash against her former friend Bayley in this colossal championship match.

A HUGE #SmackDown #WomensTitle clash on Night ☝️ of the #WWEDraft.@itsBayleyWWE and @SashaBanksWWE are ready for battle this Friday!

However the rivalry between these former ‘Golden Role Models’ now have turned into more hated and adverse one and both of them will take on each other tonight on SmackDown Live in a Championship match.

WWE Superstar Sheamus took out Big E by sending him through the car, during the #1 Contenders Match for Universal Title a few weeks back. The Big E returned and took out the security staff who helped Sheamus to attack him.

However after this brutal assault on Big E, he has already made it clear that Sheamus will definitely suffer for his brutal assault and he will break the shackles against ‘the Celtics Warrior’ this week on SmackDown Live.

Last week Sheamus took on Shorty G in singles competition and won the match by pinning him. Before the match WWE aired a video package of Big E, where he sent a challenge to Sheamus for “Falls Count Anywhere” Match for tonight’s Samckdown.

Later Sheamus accepted the Big E challenge and WWE officially announced that for this week Big E will take on Sheamus in Falls Count Anywhere Match.

It will be interesting to see who will cross this roadblock ahead of Hell in a Cell 2020 which is almost a fortnight from now. But based on current performance it seems like Big E has the upper hand in this rivalry but, taking readily to Sheamus would be a big mistake which E would not like to take.

“The Fiend ” Bray Wyatt is all set to take on Kevin Owens tonight on the Smackdown episode. After his last week’s appearance on WWE RAW during KO Show Bray Wyatt dropped a little demo of his maniac to Owens.

However, that chat show did not end as Kevin Owens was looking for although he received a challenge from “the Fiend” Bray Wyatt to battle against him this week on SmackDown Live. Bray Wyatt, who appeared in the ring almost after a month losing his WWE Universal Championship to Roman Reigns at Payback.

Bray Wyatt will have his first televised match in 2 years #Smackdown pic.twitter.com/F7HjEvOL9h

Last episode of SmackDown where WWE once again witnessed the mysterious chemistry of Bray Wyatt and Alexa Bliss in the ring and Kevin Owens became the victim of this mind game.

However, it will be interesting to see whether the KO mania Owens will stop this halt of Bliss and Wyatt or will “the Fiend” continue his mind game against Kevin Owens tonight on SmackDown.