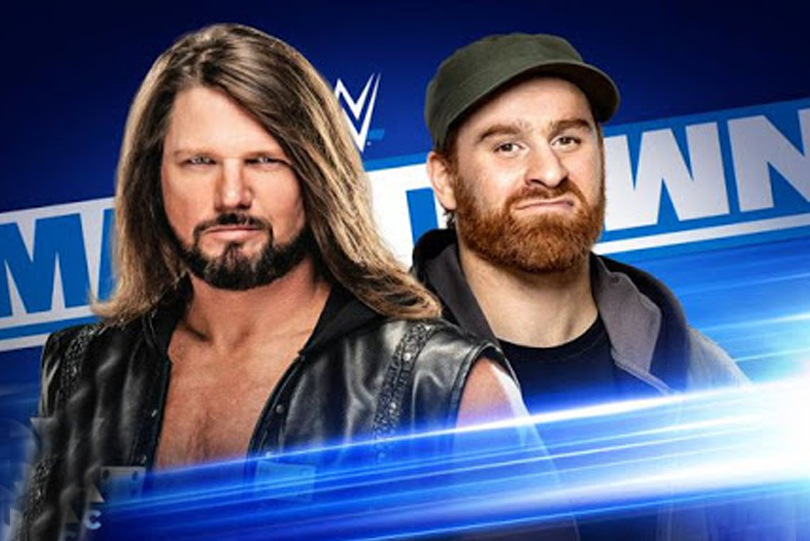 Here is the entire preview for the today’s blue brand which has included 4 catastrophic matches that will make this night memorable. 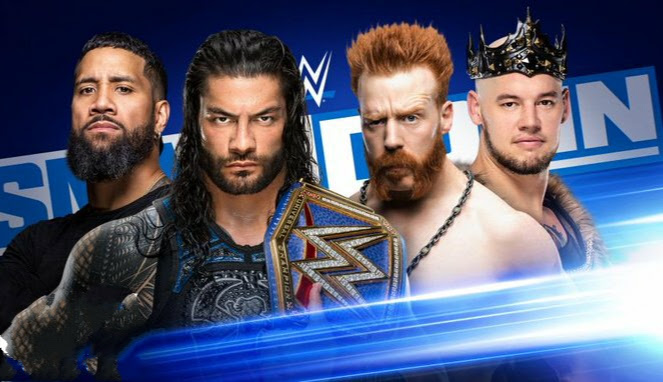 The Bloodline will be back at it as Roman Reigns & Jey Uso battle Sheamus & King Corbin in a Samoan Street Fight this Friday on SmackDown.As first reported by Sports Illustrated, the rematch has been set as Reigns & Uso will once again team up before their Universal Championship showdown at WWE Clash of Champions. The Superstar cousins united last week against The Celtic Warrior & Corbin with Uso doing much of the heavy lifting. Uso showed grit in fighting off the attacks of both towering Superstars as The Big Dog laid in wait backstage. Reigns’ music helped slow down the onslaught from Sheamus & Corbin, as The Big Dog’s entrance allowed Uso to regroup. A high-flying splash from Uso on Sheamus all but sealed the victory, but the Universal Champion cunningly tagged himself in to provide the exclamation point. Reigns then delivered a punishing Spear to The Celtic Warrior to secure the win. It wasn’t all smiles after the triumph, as the two cousins traded tenses glares while Uso attempted to raise their hands in victory.

Will Reigns use the help of Uso to “Wreck Everyone and Leave” once again? Or will Sheamus & King Corbin be able to capitalize on any friction lingering between the 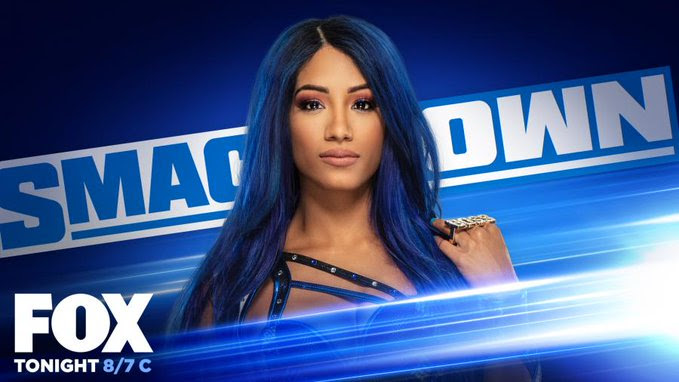 cousins?
The golden shine has worn off Sasha Banks and Bayley’s friendship after the SmackDown Women’s Champion’s brutal attack two weeks ago. Now The Boss will respond to her former best friend’s stunning actions for the first time this Friday night on the blue brand.“The Golden Role Models” were flying high heading into SummerSlam as Banks & Bayley held the Raw, SmackDown and Women’s Tag Team Titles collectively. It started crashing down as Asuka defeated Banks at The Biggest Event of the Summer, and then Shayna Baszler & Nia Jax snatched the Women’s Tag Team Titles at WWE Payback. The downward spiral culminated in Bayley’s shocking attack on Banks, and the SmackDown Women’s Champion’s scathing remarks to her former best friend last week on the blue brand. What will Banks have to say in response to 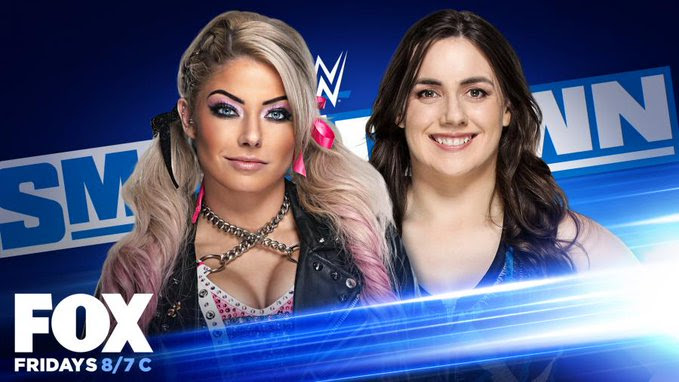 Bayley’s vicious maneuvers?
What, or perhaps who has possessed Alexa Bliss in recent weeks? The WWE Universe may learn more about what’s been motivating Bliss, as Nikki Cross joins her on “A Moment of Bliss” this week. Cross has tried her best in recent weeks to snap her friend out of a trance, but Bliss appears to be captivated by something else. The most shocking moment came last week as Bliss landed a Sister Abigail on Cross, and then walked up the ramp in an apparent daze. Will Cross finally be able to reach her friend? Or will Bliss descend into even deeper darkness?