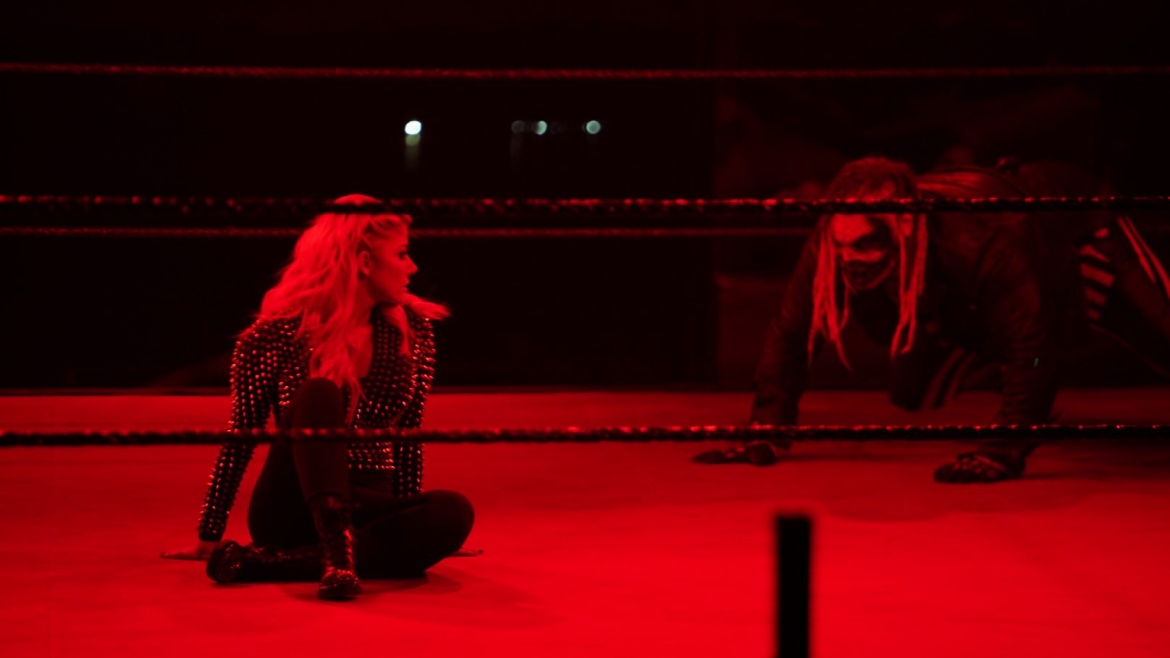 WWE News : Alexa Bliss does not know what sort of character she is currently performing in Bray Wyatt’s maniac “the fiend.” Bliss who appeared as a Sister Abigail” at Extreme Rules in a Swamp Fight that took place between Bray Wyatt and Braun Strowman. However many believed that Sister Abigail has died a long ago, then, what made Bliss to turn into new character and do all these.

Last week on SmackDown Live Alexa Bliss saw the unleashing of “the fiend” first time and Wyatt attacked her with Mandible Claw and ended the show on high-note. As many were hoping the same might happen in this latest episode of SmackDown Live; when Bray Wyatt once again marked its way to the ring and joined by Alexa Bliss.

During this segment Bliss was lurking from the behind of Wyatt so that she did not become the victim of Wyatt’s maniac once again. However, it was Braun Strowman who appeared on big screen with a message to Bray Wyatt that he is ready to face the demon of Wyatt at SummerSlam. He further added that he does not give a damn to Alexa Bliss since Wyatt using Bliss against Strowman throughout this rivalry.

However, After the show Alexa Bliss took to her Twitter account and shared some Obscure pictures without a message which left WWE Universe in aghast. Meanwhile, there is no clue why she did so, but based on some reports, at the moment WWE is experimenting something new before SummerSlam and it will be interesting to see whether it works or not in disguise of Bliss character.