WWE Smackdown highlights and results: 3 things which we have learnt from this lastest episode of SmackDown 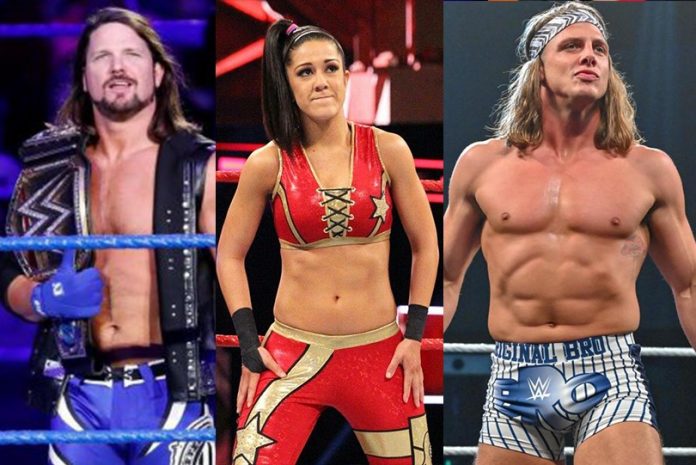 WWE Smackdown Highlights: This week’s SmackDown Live has finally ended. The most interesting match of the week was the AJ Styles’ Intercontinental Championship match against Drew Gulak. Today’s episode did not see many matches but it did set the tone for next week’s Smackdown. Here are the top three things that we learnt from WWE Smackdown June 3, 2020  episode.

After the lastest episode of SmackDown Live, WWE has officially announced that next week on SmackDown there will be four women’s tag team match. On the one side, we have Champion Bayley and Sasha Banks against their opponents Alixa Bliss and Nikki Cross. And this match can be the perfect set up for Bayley and Nikki Cross who will battle each other at Extreme Rules: The Horror Show for the Women’s championship.

2). The New Day vs Cersaro and Shinsuke Nakamura

In a one on one battle between The New Day’s Kofi Kingston against Shinsuke Nakamura where Nakamura stunned Kingston by defeating him in the high-flying encounter. Besides this, Cesaro and Nakamura also earned the opportunity to face The New Day for their tag team championship match next week at SmackDown Live. And there are chances we may have new tag team champions at the end of the night.

The Phenomenal one’ AJ Styles retained his Intercontinental Championship against Drew Gulak in an impressive match in the lastest blue brand segment. But what excites the WWE fans during that match that they found out Daniel Bryan joined this match through WWE network and saw the battle of both the stars. And now there are rumours that Daniel Bryan may challenge AJ Styles for the rematch for the Intercontinental title match. So it will be interesting so see whether it happens next week or at Extreme Rules :The Horror Show.