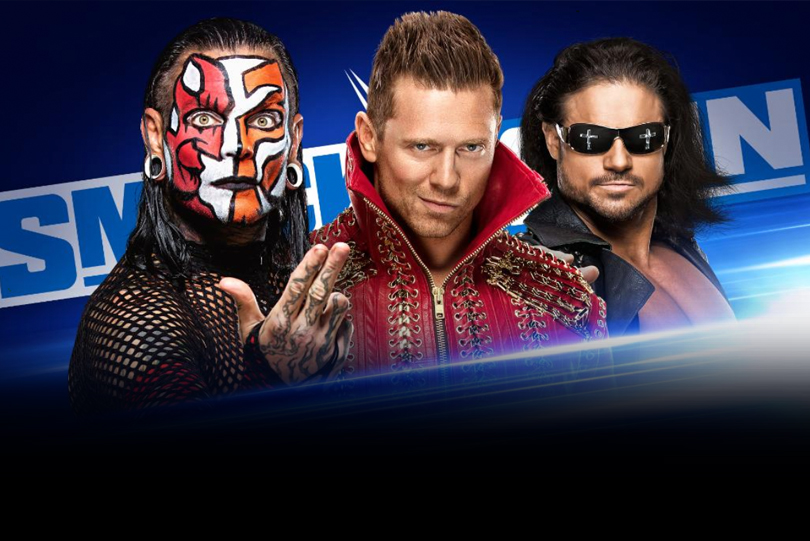 WWE Smackdown: This week’s Friday night SmackDown Live procures a lot of suspense as we are less than a fortnight away from the Horror Show at Extreme Rules. And this week’s episode will set the stage for many more match cards for the upcoming pay-per-view. Here are some of the confirmed WWE Smackdown matches from this week’s episode.

This week’s main event on Friday night Smackdown Live will be Men’s tag team championship match the New Day will defend their title against a team of Cesaro & Nakamura. Team of Cesaro & Nakamura has already made it clear that they will end the dominance of the New Day by winning this title. But taking The New Day lightly would not be a wise decision. The New Day is known for their smart moves and distracting their opponents to win matches. And this is what makes them hold this title too long.

So both Cesaro and Shinsuke Nakamura have to think of a plan to subdue the third teammate who is always present on the ringside to do the dirty work.

As tensions remain at an all-time high, Sasha Banks & Bayley will face Alexa Bliss & Nikki Cross in a non-title clash in this week’s SmackDown Live. Cross has kept the Smackdown women’s champion on her toes ahead of their title clash at The Horror Show at Extreme Rules. The unpredictable superstar jumped in from all angles to distract Bayley in her Champion vs Champion match against Asuka. The challengers also derailed The Golden Role Models’ tribute to themselves last week on SmackDown, but the ensuing match between Five Feet of Fury and Bayley ended in a disqualification after Cross’ emotions boiled over.
Will the erratic Cross keep her emotions in check to send a message ahead of her title showdown? Or will Bayley & Banks back up their boasts as the gold standard?

This week’s Friday night SmackDown Live will advertise MizTV with special guest Jeff Hardy on that. After sending the perfect reply to Sheamus for his last week’s toast on SmackDown, Jeff Hardy is ready to face him once again at the Horror Show: Extreme Rules. But before this, he will be featuring on MizTV to explain about his rivalry with Sheamus.

It is possible that Sheamus ambushes Hardy and assault him or the latter just throwing the challenge in the Celtic Warrior’s way for the Extreme Rules.