WWE Smackdown Prediction: Top 5 WWE superstars to watch out for this week 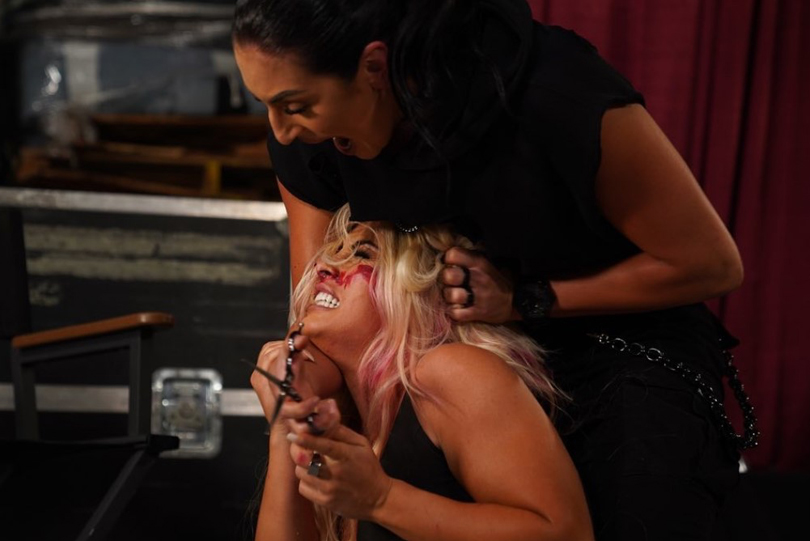 WWE Smackdown Predictions: As we are almost two weeks away from WWE’s next PPV the biggest party of the summer at SummerSlam, and yet a match has to be decided from Smackdown Live. However, for this astounding event, we have already confirmation of four high-profile matches and all these matches are from Monday Night RAW so far. So this week’s Smackdown Live will be crucial from the SummerSlam’s point of view that who are the superstars who will battle out at this exciting contest.

However, Smackdown has annunciated some flabbergasting segments for this week which includes Bray Wyatt’s “Firefly Fun House” mode that has changed into “the fiend”, and this fiend was Unleashed last week on Alexa Bliss, and WWE Universe might hope the same maniac of Wyatt this week on Smackdown.

On another segment, we will have Sonya Deville as a special guest on MizTV to explain about her last week’s erratic action on Mandy Rose. Apart from that Matt Riddle will align against his new rival this week on Smackdown.

There are many more action-packed matches that will take place in this two-hours labyrinth. Moreover, let us check out the top 5 WWE superstars who can be the showrunners for this week.

As it has become a trend these days in Smackdown live that it kicks-off with the MizTV and this time a special guest on MizTV will be Sonya Deville. After Sonya Deville’s last week’s brutal assault on Mandy Rose at the backstage, Sonya Deville will explain her rivalry with her so-called best friend Mandy Rose and what made her chop down Rose’s hair last week on Smackdown Live. However, there chances that Mandy Rose will interrupt Deville during this segment and we might see a little dogfight between them.

Jeff Hardy is on a mission to conquer his demons, and King Corbin has been happy to present him with an entirely new challenge. As The Charismatic Enigma addressed the WWE Universe last week, Corbin disrespectfully entered to dampen Hardy’s spirits. Drew Gulak would stand up for the legendary Superstar, but Corbin would dispatch of the grappler in the ensuing showdown. So it will be interesting to see whether Jeff Hardy will take down King Corbin this week on Smackdown, or the king Corbin has some other plans for the Charismatic Enigma.

‘The Celtic Warrior’ Sheamus is all set to take on his new rival ‘the Bro’ Matt Riddle this week on Smackdown Live. After losing his match against Jeff Hardy in a more dramatic and destructive – “A Bar Fight” match, Sheamus wants to break the shackles against the highflying Matt Riddle in this week’s Smackdown Live. So it will interesting to check out Can Riddle score another statement victory in his early run on SmackDown? Or will Sheamus quell his hot start?

After the shocking conclusion to last week’s SmackDown, Bray Wyatt will return for an all-new edition of “The Firefly Fun House.” “The Fiend” Bray Wyatt reemerged with a shocking attack on Alexa Bliss, as Universal Champion Braun Strowman remains missing. Wyatt had warned that the demonic creature was ready to be unleashed, and “The Fiend” set his sights on the helpless Bliss. Will the “Firefly Fun House” host reveal the true motivations of “The Fiend” Bray Wyatt’s attack? And will he continue to tempt The Monster Among Men with his actions?

“The Golden Role Models” Sasha Banks and Bayley both are dominating the red brand and blue brand respectively. However, both of them are also looking for their new opponent at SummerSlam which does not confirm yet. This week’s Smackdown will play a major role in their new challenge who it will be. But based on rumors, Bayley will face off against Naomi for the Smackdown Women’s Championship whereas, Sasha Banks may face off against Asuka once again for the RAW Women’s Champion.