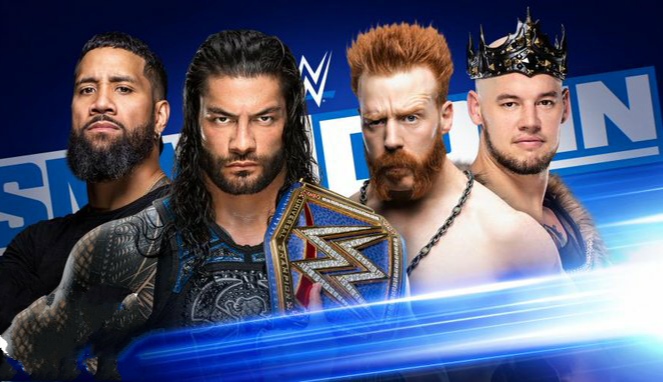 WWE SmackDown: WWE has announced a major stipulation match that will take place this week on friday night SmackDown Live The current WWE Universal Champion Roman Reigns and his cousin Jey Usoboth will take on Sheamus and Baron Corbin in a Tag team match this friday night on SmackDown.

This match holds a bizarre stipulation kind a Samoan “Street Fight” which is just revealed by WWE. However, last week on SmackDown Roman Reigns and Jey Uso both worked as a Tag team and defeated Sheamus and Baron Corbin in a flabbergasting match.

A high-flying splash from Uso on Sheamus all but sealed the victory, but the Universal Champion cunningly tagged himself in to provide the exclamation point. Reigns then delivered a punishing Spear to The Celtic Warrior to secure the win. It wasn’t all smiles after the triumph, as the two cousins traded tenses glares while Uso attempted to raise their hands in victory.

This time both Sheamus and Baron Corbin once again are ready to face this cousin duo in a rematch this week on blue brand.

Nevertheless, Will Reigns use the help of Uso to “Wreck Everyone and Leave” once again? Or will Sheamus and King Corbin be able to capitalize on any friction lingering between the cousins?