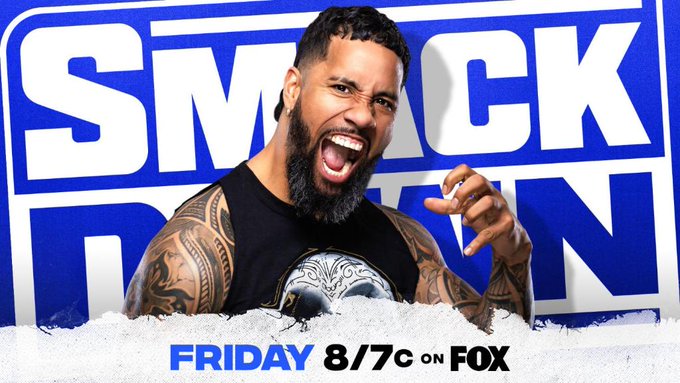 WWE has announced a segment with Jey Uso and WWE Universal Champion Roman Reigns for this week’s Smackdown post-Hell In a Cell edition of SmackDown on FOX.

WWE just announced that Uso will face the consequences for losing to Reigns in the “I Quit” Cell match at last Sunday’s Hell In a Cell pay-per-view.

Reigns previously warned that Uso would face “severe consequences” if he lost the match at Hell In a Cell. Reigns threatened that if Jey lost, he would have to “fall in line” and acknowledge Reigns as The Tribal Chief, take orders and do what Reigns tells him to, and if he didn’t, then Jey, Jimmy Uso, Naomi, their children and grandchildren will all be exiled from their legendary family. Paul Heyman also warned that Jey will essentially become an “indentured servant” to Reigns if he loses.

WWE has not announced any matches for SmackDown as of this writing, but they previously advertised that new SmackDown Women’s Champion Sasha Banks will appear for fallout from her win over Bayley at Hell In a Cell