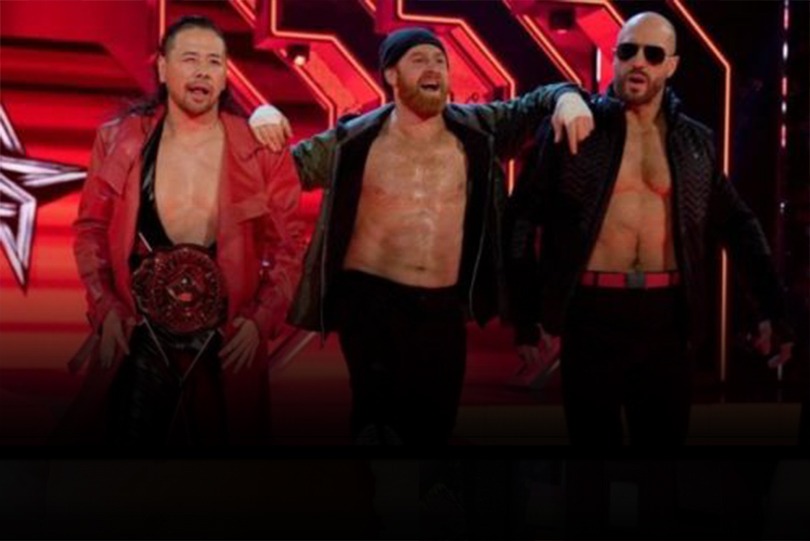 WWE News: WWE has made it official that Smackdown’s men tag team championship will be on the line next week. The team of Cesaro and Shinsuke Nakamura will face off against The New Day in the hair raising match. Both Cesaro and Nakamura have been looking for this opportunity for so long now and they have finally got the one. In the latest episode of SmackDown Live Nakamura defeated the New Day’s member Kofi Kingston and sent a message to the New Day faction to not take him or Cesaro lightly.

The New Day is known for their smart moves in WWE which have aided them to remain Champions for so long. But this time it will be different when they put their title on the line. Both Nakamura and Cesaro have taken the pledge to end their title reign at Next Week on SmackDown.

And there are crapshoots that we will have the New tag team champions next week. But who knows a new twist to the story might keep the New Day as the champions. Follow all the WWE Smackdown latest news, rumours on WrestlingTV.in. Also, you can get all the latest results from WWE Raw and Smackdown here.