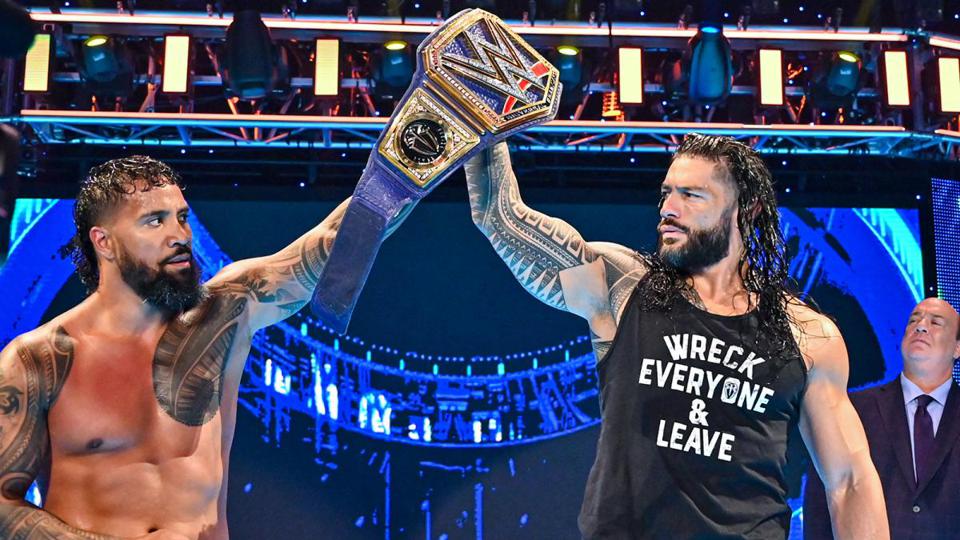 However, WWE SmackDown kicks off from inside the ThunderDome and it’s The Dirt Sheet with The Miz and John Morrison. Both men are already in the ring as Morrison welcomes everyone to the show. Morrison says it’s their duty to keep everyone up to date on the WWE Universe.

We see a clip of last week’s fatal four way match where Bliss hit Cross with the Sister Abigail. Cross would go on to win the match and will face Bayley at Clash of Champions for the SmackDown Women’s Title.

Lacey Evans comes up, and says Bayley has a mean streak and Cross will never have it. She says Cross doesn’t have the back bone and that is why she will never beat Bayley. Cross gets in Lacey’s face and blows on Lacey’s handkerchief. Evans attacks Evans as the two start to fight.