WWE SummerSlam Preview: Braun Strowman is all set to meet “the Fiend” Bray Wyatt for upcoming PPV in a championship match 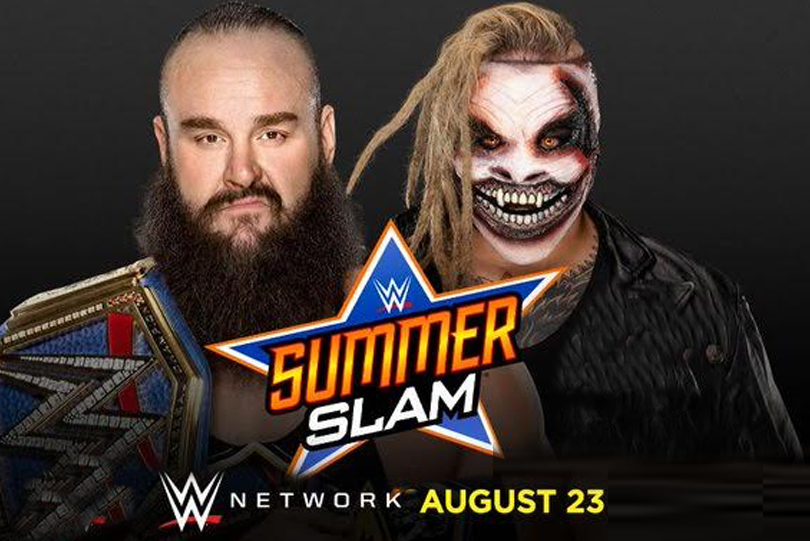 WWE SummerSlam Preview: Braun Strowman shocked the WWE Universe last week on Smackdown Live when he announced that he is ready to face Bray Wyatt at SummerSlam in a championship match.

However, after this major announced WWE also made it official that Braun Strowman will defend his Universal championship against “the fiend” Bray Wyatt at SummerSlam.These two will be facing each other for the third time this summer and this time for the championship match. It was Bray Wyatt who stood tall over Strowman last time when both these faced off each other in a “Swamp Fight” at Extreme Rules.

Braun Strowman made it clear this time he will break the shackles against “the fiend” and end his maniac once for all. Throughout this rivalry, Wyatt showed a little hand over “the monster among men” and this time it could be interesting when they meet each other Summerslam to end this rivalry with a high-note.

.@BraunStrowman RE-EMERGED from the swamp with a challenge for “The Fiend” @WWEBrayWyatt! #SmackDown @AlexaBliss_WWE pic.twitter.com/HAvtsobpI1

According to reports, Alexa Bliss may play a crucial role in this match as Wyatt has been using Bliss as a tool in this rivalry to distract Braun Strowman. Nevertheless, Stowman also retorted it very clear that he does not care about Bliss anymore. Furthermore, it will be curious to see how this destructive match ends at SummerSlam.