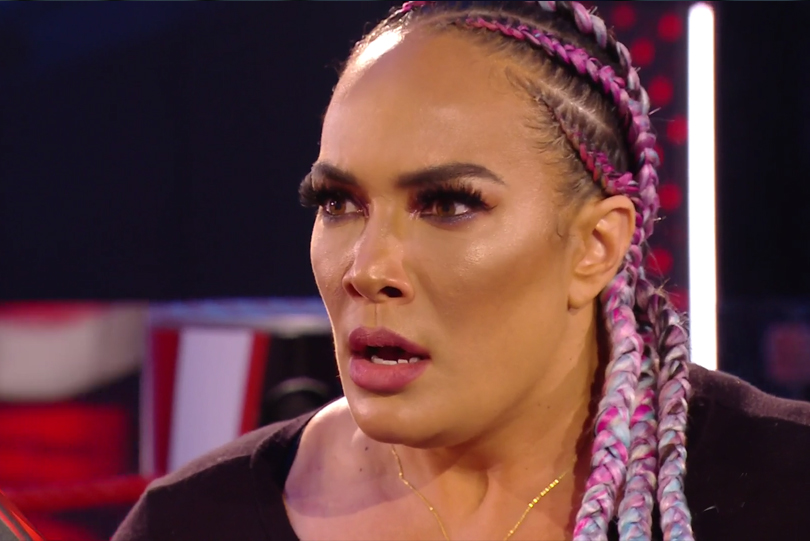 The powerhouse of women’s roster Nia Jax once again become the central figure in the latest episode of WWE Raw. Nia Jax was supposed to be the ring to apologise from WWE producer Pat Buck for her ghastly action on his last week on RAW.

This entire controversy began last week on RAW after the battle of Shayna Baszler and Nia Jax, both were standout in a singles match which later being called out because both these harridans went out in a brawl outside the ring. As a result of it match official counted out till 10 with any conclusion of the match since both these belligerents failed to back in the ring on time.

The buck stops here for @NiaJaxWWE!

However, Jax mocked Pat Buck for being short and she challenged him for a match with her, and this match could be the highlight of his wrestling career. But Pat Buck did not react on this meanwhile, he hesitantly tried to Espace from the ring. But Jax had some other plans as she continually tried to ridicule Buck to take her down.

The WWE producer could not hold this insult anymore and aggressively handed over the microphone by Nia Jax, and instead of accepting the match, he announced the indefinite suspension of Jax.

Jax laid out Buck with a headbutt before making her way backstage in frustration. The commentators later explained that Buck announced the suspension on behalf of the company.