3-time Olympic Champion Mijain Lopez says, “I am not retiring, will continue till 2021″ 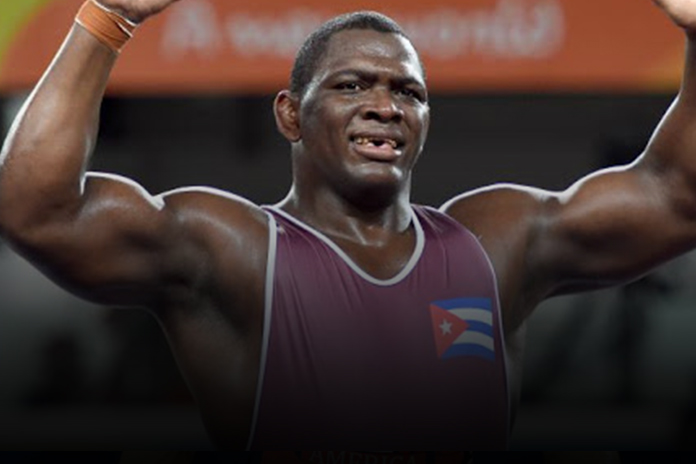 Cuban legend Mijain Lopez on Tuesday announced that there is a change in his retirement plan. Originally planned to retire after the Summer Games this year, the Greco-Roman wrestler has now decided to extend his career for another year due to the postponement of the Tokyo Games to 2021 due to Coronavirus crisis.

“I will continue fighting on the mat till 2021 Olympics, I am extending my retirement call for another year,” the three-time Olympic Champion in 130kg Greco style told Explica.

Lopez, who will turn 38 in August, told Explica that he will continue training with just one target – gold medal at Olympics in 2021. He won his maiden Olympic gold at 2008 Games. The Cuban giant replicated his Beijing performance at 2012 London and 2016 Rio with first place podium finish in both the editions.

He is currently level with the greatest wrestler from Russia Aleksandr Karelin. Like Lopez the Russian great won Olympic golds three-times — Seoul 1988, Barcelona 1992 and Atlanta 1996. It means a fourth gold medal at the Olympics would make Lopez the most successful fighter in history, surpassing Karelin.

He has been out of action since last year’s Pan-American Games and announced his return to the mat in February. The postponement is good news for him as it will give him time to train well. “It is the best thing that has been done,” Lopez told Explica after the Olympic Games were postponed.

He welcomed the decision and said, “First of all there is the health of athletes”.