Aleksandr Karelin: G.O.A.T of Greco-Roman wrestling talks about his first Olympics in 1988 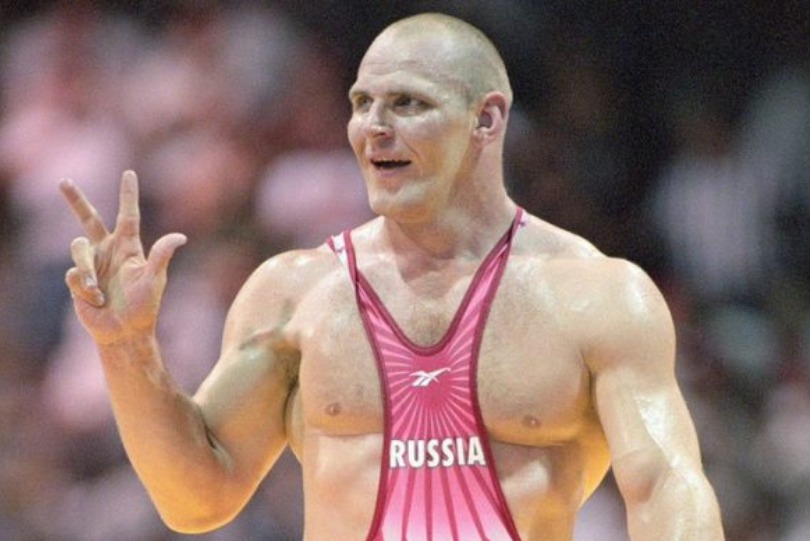 Wrestling News: Whenever there is a table talk about who is the greatest Greco-Roman wrestler of all time, Russia’s Aleksandr Karelin would always find the top spot. The sear dominance he had has never been reciprocated in the classical style wrestling. Nicknamed ‘The Experiment’ the heavyweight wrestler was famous for the ‘Karelin lift’. He played his first Olympics at the age of 21 in Seoul. And to everyone’s surprise, he was chosen to be the flag-bearer for the Russian contingent.

In conversation with the Russian Wrestling Federation, the Great Karelin talks about his memories from his first Olympics and how he took up wrestling.

WrestRUS: How did you start wrestling?

Karelin: When the 1980 Olympics started, I had not yet been engaged in wrestling, – Alexander Karelin recalls – That time I spent in the village with my grandmother, with whom I watched the competition. I remember the opening quite well, but the more I remember the closing – tear in all respects. And from the Olympic winners of that year, I would probably single out the athlete Viktor Fedorovich Markin from Novosibirsk, who won the 400-meter race. This became a good reason and an example for all Novosibirsk residents.

Karelin: Nikolay Fedorovich Balboshin is a unique person! About this legendary man, I read not only newspaper notes – books. Let not numerous, but books. He is an example for me – resilience, determination and love of life. I mean faith in yourself and your team. In fact, I have a unique opportunity to brag – I greeted him by the hand. Nikolai Fedorovich Balboshin and Alexander Vasilyevich Medved showed the whole world how to carry the banner – proudly, with one hand. And the fact that I was then given the opportunity to carry the flags of three different powers at the opening ceremonies of the Games is a consequence of their reputation.

WrestRUS: In Moscow, the classic wrestlers had five Olympic winners. What can you tell us about them?

Karelin: First of all, I want to put that team as an example, this is an obvious demonstration of wrestling multi-nationality. Zhaksalyk Ushkempirov is a sage of short stature, who, on one note, can tell a lot of interesting things. Mother Vakhtanga Blagidze knocked off her legs, walked tens of kilometres to light a candle. His gold is thanks to his mother. With an emphasis, but an absolutely frugal attitude to the Russian language, he is still, in my opinion, in the same weight category (up to 52 kg) as at the 1980 Olympics. Gennady Korban is a lump, the personification of severity, which emphasizes his German origin. And on the carpet, he acted strictly and unmistakably. And the late Alexander Kolchinsky is a man with an amazing sporting destiny. Alexander Leonidovich is a cheerful Kyiv wrestler, the author of many aphorisms.

WrestRUS: Did you manage to meet with any of the legends of that time on the wrestling mat?

Karelin: I was lucky to train with Nikolai Balboshin. In 1985, while working as a coach, he came to exercise in a good mood. I had the opportunity to be paired with him. We met Alexander Kolchinsky a little later, but we never crossed paths on the carpet.