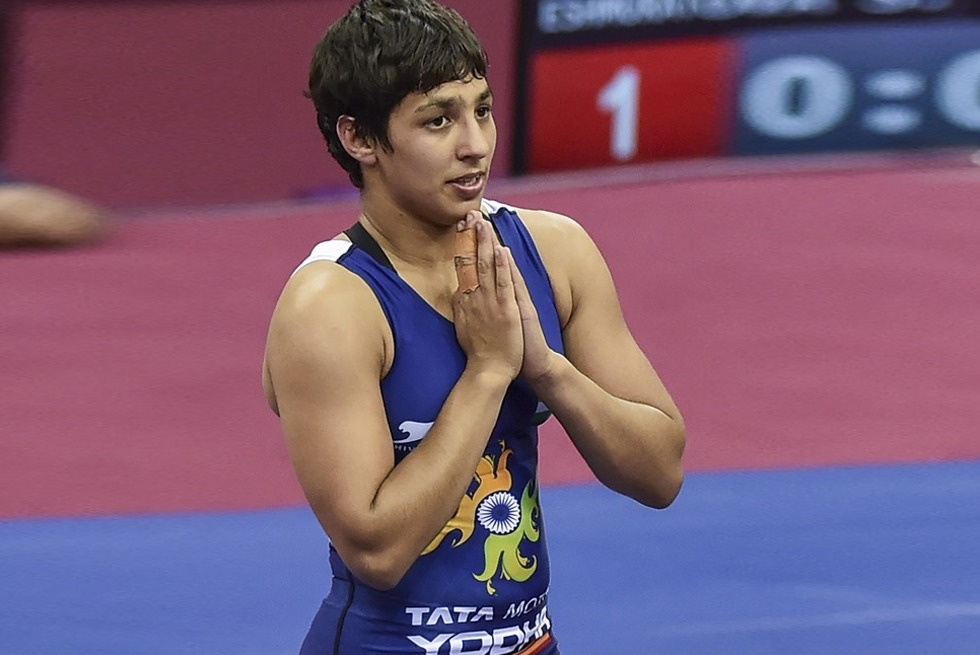 With one quota already in the kitty, India has sent a five-women squad to Kazakhstan. Vinesh Phogat had sealed the 53kg place for India in 2019 after bagging bronze medal at the World Championship in Nur Sultan, Kazakhstan. The remaining weight classes are 50kg, 57kg, 62kg, 68kg, and 76kg. Boasting a young squad, Anshu and Sonam Malik will the favourites to seal quotas for the Tokyo Games.

In 57kg, Anshu, 19, has been a revelation for India since 2020. The youngster has won three medals in her only three senior competitions, and will be the favourites to finish at the top. While most the top wrestlers like Helen Maroulis (USA), Odunayo Adeuoroye (NGR), Risako Kawai (JPN) and Iryna Kurachkina (BLR) already qualified, she is likely to have an easy sail through to the final. However, it might not be the case for her best friend and teammate Sonam.

Competing in 62kg, Sonam, although has been dominant in the national circuit, thumping 2016 Olympic medalist Sakshi Malik four-times, is yet to prove her mettle in the international arena. It won’t be an easy road for her in a heavily competitive division. A total of nine wrestlers including Sonam will be competing for the final two spots. Her biggest challenge would be two time Asian medallists Nabira Esenbaeva (UZB) and Ayaulym Kassymova (KAZ).

Nisha Dahiya, meanwhile, will be an interesting prospect to watch out for. Returning to international scene, after a ban due to doping, she will be hungry to make the most of this opportunity.

Other two women wrestlers are Seema (50kg) and Pooja (76kg).