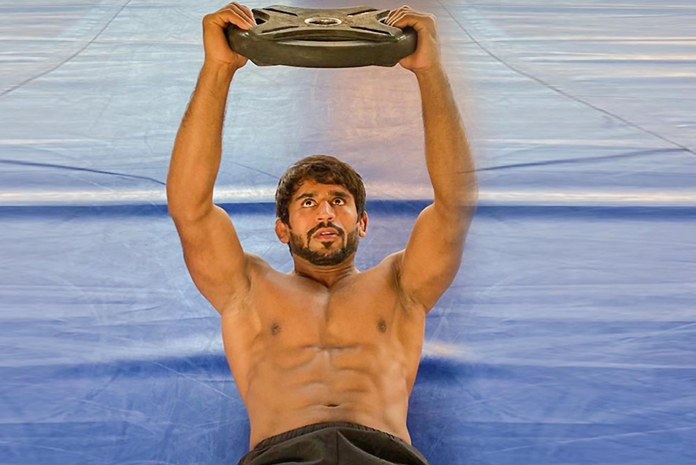 The Indian men’s wrestling camp for Freestyle and Greco-Roman category is currently in progress at the SAI NCOE, Sonepat. The camp had commenced on September 1 and the wrestlers had to complete a 14-day quarantine before starting their training.

Bajrang Punia, who is one of India’s premier Olympic medal hopefuls, is happy to be back at the national camp and training again.

“It is very good that we are back at training, it isn’t that we were out of rhythm because we were training at our homes during the lockdown but that cannot be compared to what one can do at the camp and when we train on mats,” said Bajrang as per a SAI statement.

“The arrangements that have been made at SAI Sonepat are very good and safe, proper zoning of the campus has been done and no outsider can come in contact. All wrestlers feel very safe here,” he added.

India have so far won four Olympic quotas and three in men’s freestyle wrestling, Bajrang is one of them and the others are Deepak Punia and Ravi Dahiya.

The World Championships are scheduled for December this year and both Bajrang and national chief coach men’s freestyle wrestling Jagmander Singh are hopeful that the tournament goes ahead as well as other wrestling events being able to resume.

Bajrang said, “We were in good rhythm before the lockdown was announced. Even now our training is going well but we will only know our level and where we stand when we compete. A player needs to play otherwise they will never know where they stand.”

Jagmander, on his part, is happy to see the progress of the wrestlers since the camp resumed but reiterated that competition will give a better idea of their level.

He said, “From the time training restarted to now, the wrestlers have improved considerably. We started slow but now our training is in full momentum but eventually we need to tune our training as per the competitions that lie ahead. The true test of where the wrestlers stand will only come when they participate in competitions.”

India have the opportunity to win their remaining Olympic quotas in men’s wrestling (six in Greco-Roman and three in Freestyle) at the Asian and World Qualification tournaments scheduled for next year.