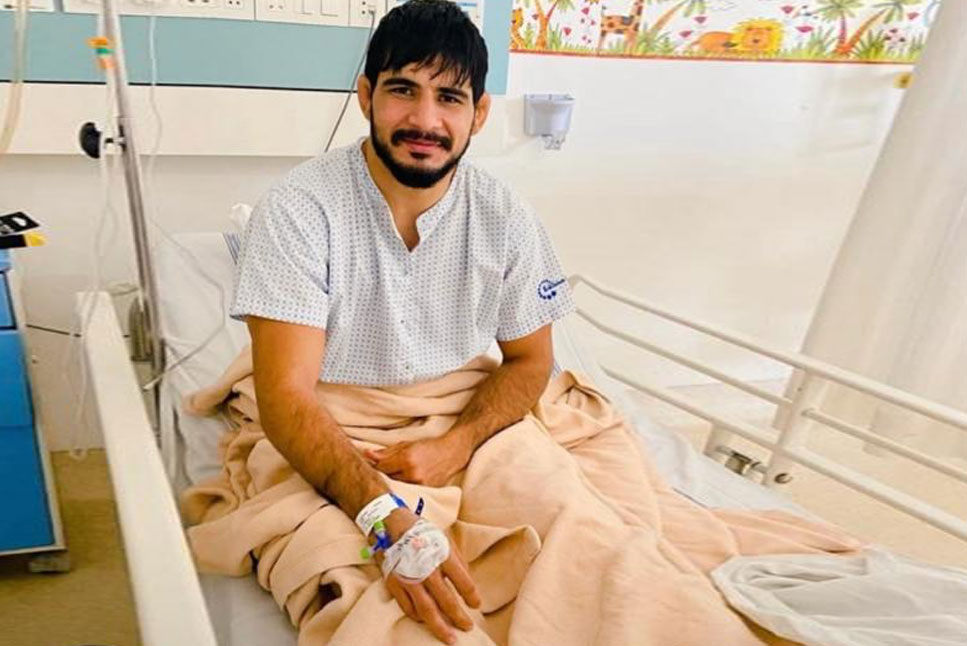 India’s wrestling ace Bajrang Punia wished and his best friend Jitender ‘Get Well Soon’ as the Asian medallist underwent surgery for a knee injury on Thursday at Kokilaben Dhirubhai Ambani Hospital in Mumbai.  Punia took to Instagram to share a picture of Jitender, who is still under observation, and wrote “Get Well Soon”. The 28-year-old had suffered a meniscus and cartilage tear during training in January. He says the injury made it difficult for him to give his best and cost him crucial matches.

The Haryana-wrestler was India’s first-choice in the 74kg men’s freestyle until he was thumped by an upcoming wrestler from Punjab, Sandeep Mann. Furthermore, Jitender also failed to make it to the final in the Olympic trials in March. He says, his knee would get locked every time he tried making a move and just did makeshift arrangement to get through the matches.

“I participated at the nationals (in January) and the Olympic Qualifiers trials (in March) with the knee injury. Every time I tried making my moves, my knee would get locked so it was getting difficult to perform. I taped my knee to make it a little stable,” he told WrestlingTV from Mumbai.

Jitender is in observation and is expected to get discharged tomorrow (Saturday).

In men’s freestyle, India has qualified in three weight divisions — Ravi Dahiya (57kg), Bajrang Punia (65kg) and Deepak Punia (86kg)  — and will compete for quotas in the remaining three — 74kg, 97kg and 125kg.

Sandeep will be India’s official entry for one of the deepest weight categories in wrestling 74kg. As for 97kg and 125kg, Satyawart Kadian and Sumit Malik will take the mat.

In women’s freestyle, meanwhile, Vinesh Phogat (53kg) is the lone wrestler to have confirmed the quota. The wrestlers for the remaining five weights are Seema (50kg), Anshu (57kg), Sonam (62kg), Nisha (68kg) and Pooja (76kg).

For Greco-Roman, India has never qualified for the Olympics. Boasting its best Greco-team ever, the blue army will take the mat in all six divisions. The entires are Gyaneder (60kg), Ashu (67kg), Gurpreet Singh (77kg), Sunil Kumar (87kg), Ravi (97kg) and Naveen (130kg).