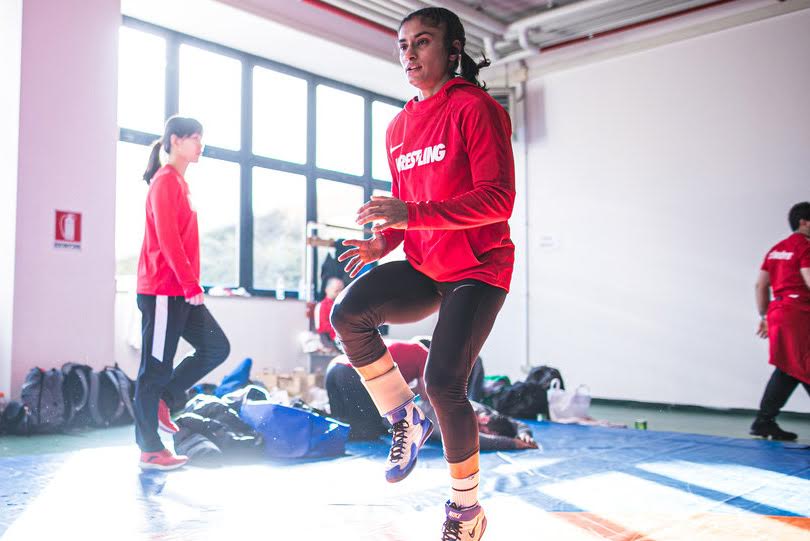 March 13, 2020 0Comments 885Views 0Likes
India’s wrestling star Vinesh Phogat has been asked to cut short her training camp in Norway by Sports Authority of India (SAI) citing safety reasons against Coronavirus. Vinesh along with her personal coach Woller Akos was previously scheduled to return on March 17 but is now expected to reach India on today (Friday).
Upon arrival, the 25-year-old Haryana wrestlers may be quarantined for 14 days in accordance with the travel advisory issued by the Ministry of Health and Family Welfare on Thursday.
The Indian government has also suspended all the visas until April 15. As per the new decree issued, all the
travellers coming from virus-hit countries will be quarantined for 14 days.
Apart from Vinesh, the Greco team (Olympic weight categories) and three coaches are currently attending a national camp at Baku, Azerbaijan.
SAI might also decide to cut short their national camp due to the current situation. The six Greco wrestlers and their coaches are scheduled to arrive on March 22.
“The training is underway in Baku. We will return to India on March 22. So far we have received no instructions from the Wrestling Federation of India (WFI) about cutting short of the trip,” Hargobind Singh, national head Greco-Roman coach told Wrestling TV from Baku.
WFI so far has not issued any communique in the wake of the travel advisory and is just following the central government’s order on the matter.
“We are doing exactly as the government orders and are keeping a close watch on the situation,” WFI Assistant Secretary Vinod Tomar told Wrestling TV.
The WFI had previously cancelled the Men’s Freestyle training camp of Russia and Women’s camp of Ukraine due to the global pandemic. United World Wrestling (UWW) also postponed the Asian, African & Oceanian, European and World Olympic Qualifiers in the wake of the virus outbreak.