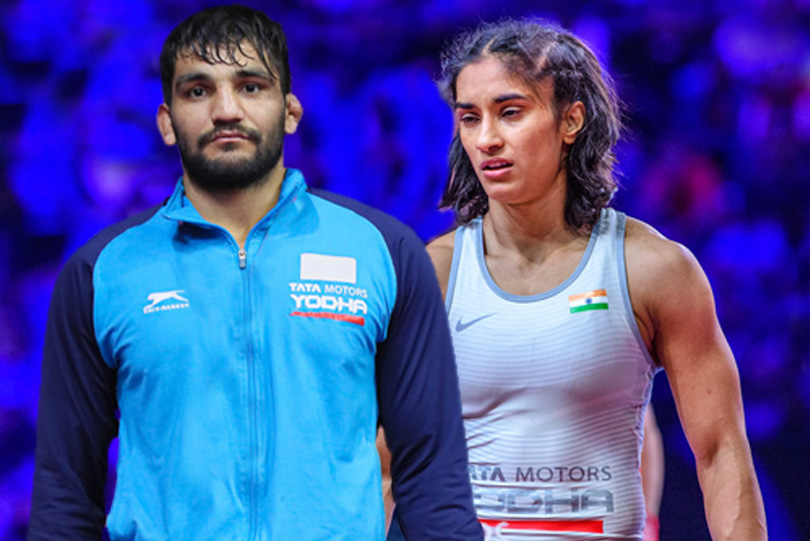 Vinesh Phogat and the national Greco-Roman team members returning from the overseas training camps face the threat of being quarantined for two weeks.

With the rise in Coronavirus cases in India, the Ministry of Health and Family Welfare has issued a travel advisory. As per the decree issued, all the incoming travellers including Indian nationals returning from any COVID-19-affectred Asian and European countries will be quarantined for a minimum of 14 days. Also, visitors from China, the Republic of Korea, Italy, Iran, France, Spain and Germany will be kept under observation in isolation wards.

The Greco-Roman squad which is training in Azerbaijan and Vinesh who is currently training in Norway face the likelihood of being quarantined after they return to India.

Vinod Tomar, Wrestling Federation of India (WFI) Assistant Secretary said “We are doing exactly as the Government orders” and are keeping a tab on the situation.

The Greco-Roman team will be back on March 21, while Vinesh will return from Norway on March 17.

The Freestyle and Women wrestling squad were also scheduled to fly to Russia and Ukraine respectively to train. But the WFI called off the camp in the wake of the epidemic.

Now, both the teams are currently training at Sonepat (men) and Lucknow (women). But with the Sports Authority of India shutting its Bengaluru branch as a precautionary measure against the pandemic, uncertainty over the faith of SAI camps of other location hangs in balance.

Tomar, however, downplayed the concern over the cancellation of wrestling camp and said “there is no change in the training camps for men at Sonepat and Lucknow. They will continue to function normally.

“We will later on, however, be shifting the women’s camp to Delhi from Lucknow. But it is purely due to some renovation work at the SAI Centre there,” he added.

The women wrestlers will be lodged to the Jawaharlal Nehru Stadium while their training will be scheduled at Indira Gandhi Indoor Stadium, New Delhi.

The Indian government has also suspended all travelling visas until April 15 and would quarantine travellers arriving from all the virus-hit countries as it attempts to contain the global pandemic.