From the Vault: 5 women wrestlers who won India a world medal 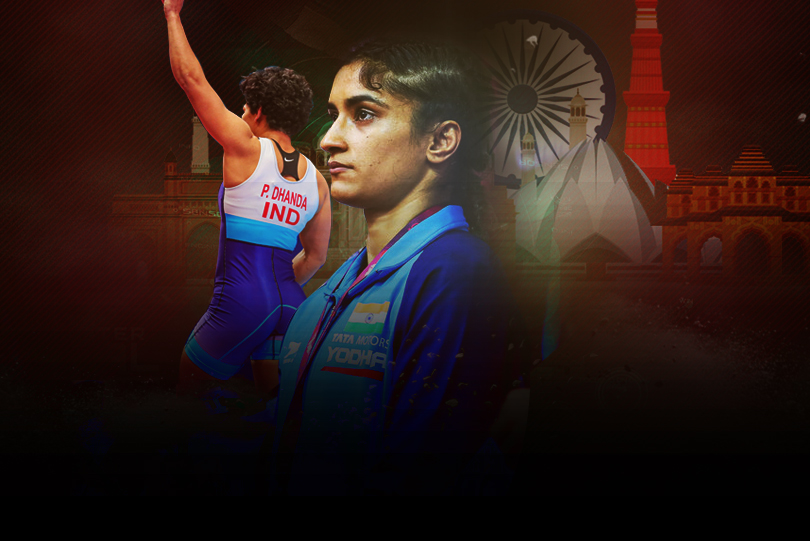 Wrestling News: It is said that if the intention is strong, there is belief, then no power in the world can stop you from achieving your goal. Last year, today, at the world championships Vinesh Phogat had won her maiden medal and with it locked the Tokyo Olympics berth. Interestingly, she was not the first wrestler from the Phogat family to do so. Her cousins sister Geeta and Babita had proved their mettle in 2012.
Here are other two women wrestlers from India who won the medal

1) Alka Tomar (2006)
Wrestler Alka Tomar, born in Sisauli village of Meerut, started wrestling in UP in the times when the society was against women stepping out of home. Breaking the stereotypes, she learned the art of wrestling at Chaudhary Charan Singh University under Jabar Singh Som’s tutelage. Barring the Olympics, Tomar has won every major wrestling title and was awarded the Arjuna for this. She is the first Indian women wrestler to become a world medallist.

2) Geeta Phogat and Babita Phogat (2012)
In India, if there is anyone who is synonymous to India’s women wrestling it is the Phogat sisters. Geeta and Babita revolutionised the Indian women wrestling and their antics were made famous by Aamir Khan starrer Dangal.

Geeta Phogat, is India’s first women to win a gold medal at the Commonwealth Games and also qualify for the Olympics. In 2012, she beat Natalya Shinshin of Ukraine 3-0 to win bronze.

At the same tournament, her younger sister, Babita won bronze in the 51kg after beating Zamira Rakhmanova of Russia 5-0.

3) Pooja Dhanda (2018)
She started her career as a judo player but eventually switched to wrestling after talking with Arjuna Awardee and coach Kripa Shankar. At the 2018 Budapest Worlds, she beat Norway’s Grace Bullen to win bronze.

4) Vinesh Phogat (2019)
Having endured a medal-less run in three world championships before, Phogat finally ended the drought by pinning Maria Prevolaraki to win by fall. “It is my first World Championship medal and it is a big thing to win a medal at the Worlds,” Vinesh said. “I had changed my weight category and in just 10 months, I got this medal. It is a thing of great happiness for me. It is the biggest medal of my career till now.”

The 25-year-old Indian lost a point for passivity after Maria, the two-time medallist, suffered a cut on her face at the beginning of the bout. Phogat made two moves but Maria defended well to keep the narrow lead at the break. Maria forced standing wrestling, locking Phogat. The Indian attempted a double leg attack but Maria defended well. The Greek then put pressure on the Indian by grabbing her right leg.
Moments after Maria received treatment on her wound for a second time, Phogat pulled off a four-point throw and kept her on the ground to complete the win by fall.