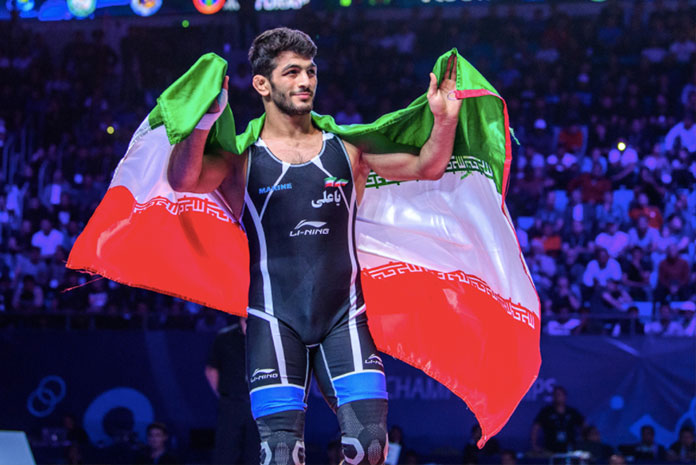 November 21, 2020 0Comments 233Views 0Likes
Iran has decided to sent four wrestlers and two coaches in freestyle and Greco-Roman disciplines for the Individual World Cup scheduled from December 12 to 18 in Serbia. According to Iran Wrestling’s official website, Vice President Hamid Soorian said that Hassan Yazdani, Kamran Ghasempour, Gholamreza Mohammadi have been confirmed for Freestyle. As for Greco-Roman, Hossein Nouri, Mohammad Hadi Saravi and Behrouz Hazratipour will participate.
United World Wrestling (UWW) had replaced the world championship with the Individual World Cup after failing to fulfill the criteria it had set in June during an executive meeting.
The competition will feature all the 10 weight classes from Greco-Roman, Freestyle and Women’s wrestling. Furthermore, just like the worlds, each country will be eligible to pitch one wrestler per category. The total prize money is 300,000 Swiss Francs and will be awarded to the top 3 players in each class.USA, Japan and Cuba had withdrawn from the Individual World Cup citing COVID-19 concerns.