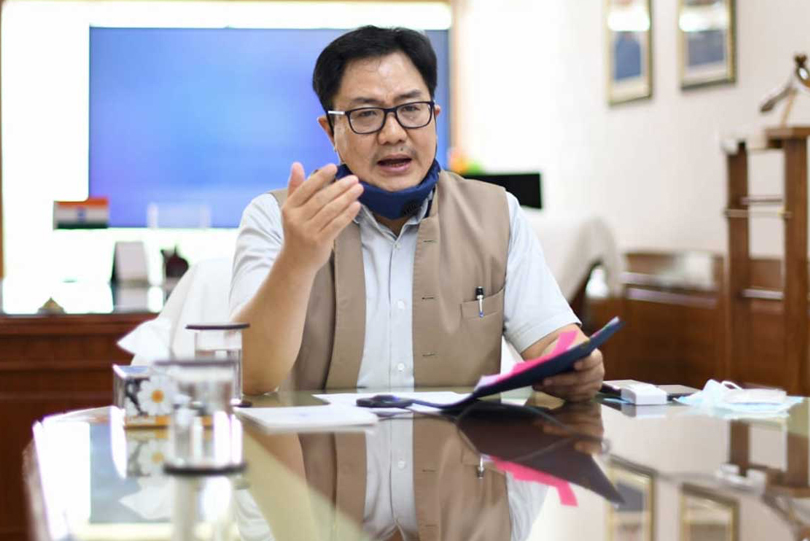 The Indian Olympic Association’s (IOA) highest ranking officials on Monday requested a meeting with the Sports Minister Kiren Rijiju to discuss its reservations with the National Sports Development Code 2011 and the issue of government recognition to National Sports Federations (NSF).

In an eight-page letter addressed to Rijiju, IOA President Narinder Batra and Secretary General Rajeev Mehta highlighted points that according to them were either “impractical” and “outdated” or did not take into account the realities of the sports that the respective NSF handled.

The IOA also pointed out the fact that it had suffered suspension from the International Olympic Committee in 2012 due to what it saw as “outside interference” when the Sports Code was issued and a threat to the IOA’s autonomy.

“We request you to kindly allow IOA’s two-member delegation consisting of President IOA and Secretary General IOA for a meeting with your goodself and other government officers you may like to invite,” said Batra and Mehta in the mail.

Additionally, the IOA also requested the ministry “recall” to its order issued on August 7 in which it asked 57 National Sports Federations (NSF) to fill a questionnaire to prove their compliance with the Sports Code and submit it by August 11.

The IOA had on Saturday told NSFs to request at least four weeks time to submit the questionnaire.

Among the points that the IOA officials has raised in the letter and intend to discuss with Rijiju further is clause 9.3(XI) which requires all NSFs to held regular national championships in all categories for men and women. The IOA said that that this point may not be considered while providing annual recognition for 2021 as tournaments could not be held this year due to the COVID-19 pandemic.

The IOA also objects to the restrictions placed on the tenure and age of office bearers in the Sports Code. “It takes time to build relationships with the International Federations and by the time we reach somewhere, we are forced to go into break by either tenure or age,” said the IOA in the letter.

It also wants the government to revert back to providing recognition to NSFs on the basis of suo-moto declaration of information on their respective websites.

“The present system of grant of annual recognition based on the suo-moto declaration on the website may be resorted to. The subsequent annual recognition will be automatic in respect of federations which submit annual reports, audited accounts and corresponding documents.

“In IOA, we are wondering why such an exercise is being undertaken when NSFs were till recently complying to the sports code and were being given annual recognition. However, in few cases, there were exceptions who were not granted annual recognition based on the suo-moto declarations.”

It also pointed that the government itself had noted that the 2017 Draft National Code for Good Governance in Sports would be taken as a “direct affront to the autonomy and freedom of the IOA and NSFs.”

“The purpose of the Sports Code is to develop sports in the country and not to create hurdles in its development, there are a few points/expectations in the Sports Code which are acting as an impediment in development of Sports in the country, which are requested to be discussed for necessary resolutions so that we can meet the ambitions for being in the top ten medal winners in/by 2028 OLympics,” it further said.