Iran Premier League: Top 10 wrestlers in Group B at the end of group competitions for week 1 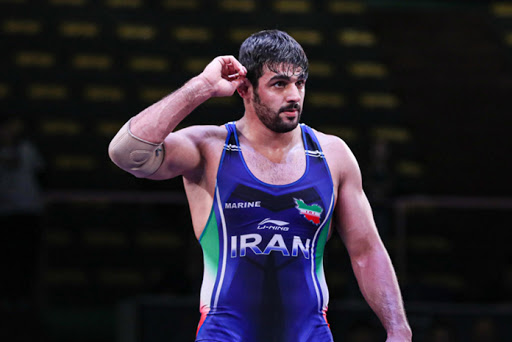 The Iran Wrestling Federation kicked off its freestyle wrestling league from October 1. The first round of the event was held in Tehran. All teams were required to observe the required health protocols.

After the first week of Iranian freestyle Wrestling league, there came some major announcements made by members of the technical committee, the top wrestlers of the freestyle wrestling premier league in group B were introduced.

According to the wrestling and martial arts correspondent of the sports group of the Young Journalists Club, the first round of the freestyle wrestling premier league in group B was held on Tuesdays and Wednesdays of this week in the 12,000-seat Azadi Hall in Tehran.

After the end of the group competitions, the members of the technical committee introduced the top 10 wrestlers from the 10 matches in the group B round in a letter to the head of the wrestling league organization.

The names of the top wrestlers were announced as follows:

The Prizes will be awarded to the top wrestlers by the sponsor of the Wrestling League Organization.

It was also decided that next week in the Group B competitions of the Wrestling Premier League, the top wrestlers will be introduced by the members of the technical committee. Of course, this trend will continue in all groups in the return round of the tournament.