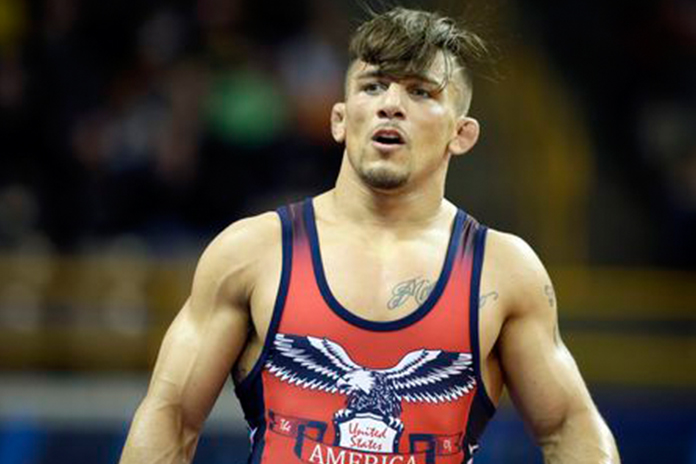 Molinaro planned to “go for broke” to make his second Olympic team this year. If he made it, he’d retire at the 2020 Tokyo Olympics. If he didn’t, he’d hang it up at the trials at the Bryce Jordan Center on Penn State’s campus.

But with the trials postponed and the Olympics pushed back to 2021 because of the coronavirus pandemic that has disrupted almost every aspect of life around the globe, Molinaro decided now is the time to end his competitive career.

“When I heard it (the Olympics) was postponed for another year, for me that’s another 700-800 workouts. I have to cut 15-25 pounds, and with all things considered, I just felt like it was the right time and I felt good about,” Molinaro said on FRL. “I really sacrificed my coaching career for a long time to be pursuing my competitive career and I reached this point where now it’s a good opportunity for me to hang it up.”

The weight cut, Molinaro told the radio hosts, was one of the main factors behind his decision. Molinaro wrestled freestyle at 65 kilograms, the same weight class as fellow former Nittany Lion Zain Retherford and current Penn Stater Nick Lee.

Molinaro came just short of earning a medal at the weight class in the Rio Olympics. He fell 5-3 to Italy’s Frank Chamizo in the bronze medal match and ended up placing fifth.

“I love working hard, I love working out I love training, the volume was no problem but the weight cut was really starting to take a toll on my body,” he said. “My body just wants to get bigger. It’s definitely challenging with three kids.”

With the Nittany Lions, Molinaro was a four-time All-American and two-time Big Ten champ, starting his career at 141 pounds and bumping up to 149 his sophomore year. He was a national runner-up as a junior and became an NCAA champ as a fifth-year senior in 2012.

Looking back on his career, Molinaro told FRL that one of the memories that sticks out the most was winning that NCAA tile.

“It was a real stressful tournament my senior year,” he said. “I was undefeated, and I always had tough matches with Scott Sakaguchi (of Oregon State, whom he wrestled in the second round). There was like 30 seconds left and I kicked out of a shot and there was a tear in my MCL. And I wrestled the rest of the tournament with a torn MCL. So winning that finals match my senior year will probably go down as one of the greatest moments.”

After graduating, Molinaro joined the Penn State coaching staff as a volunteer assistant while continuing to train with the Nittany Lion Wrestling Club. He left in 2017 for an assistant position at Virginia Tech. In December 2018, he left Virginia Tech to focus on his competitive career, joining the Oklahoma RTC.